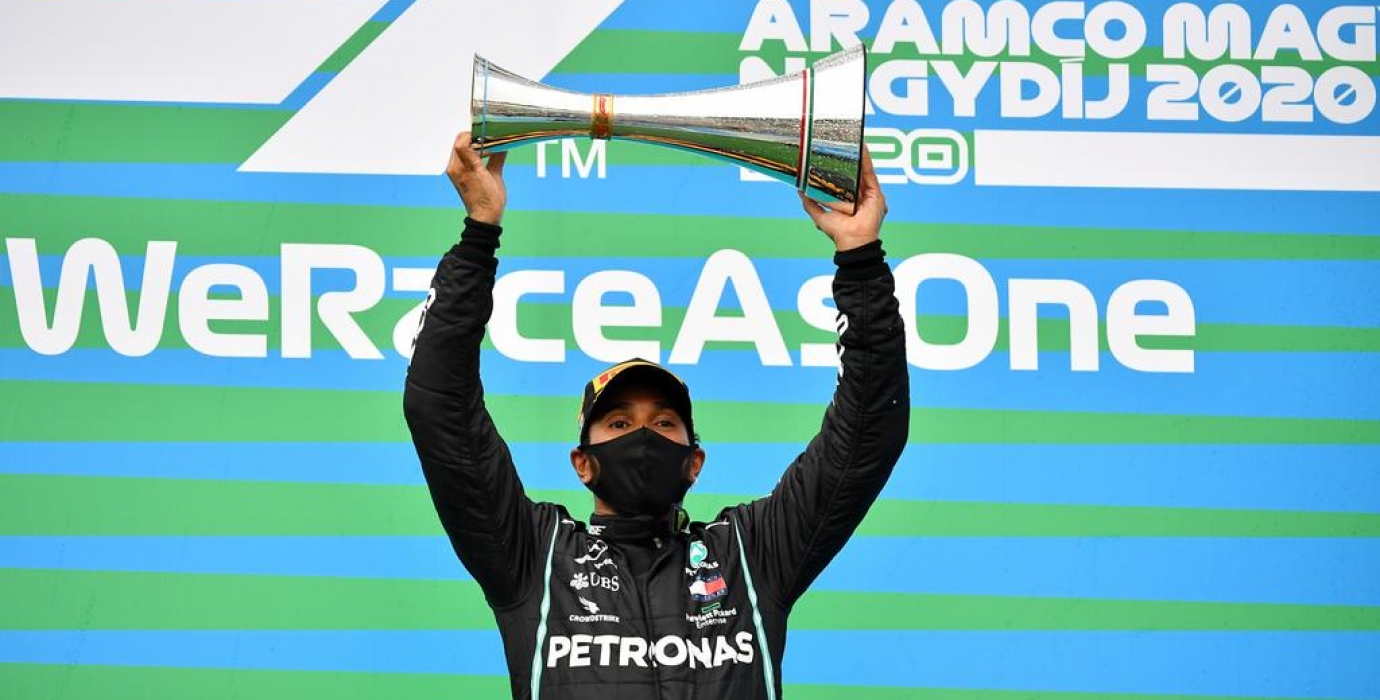 Lewis Hamilton won the 2020 Hungarian F1 GP. He started from pole and won his 86th F1 race in Budapest. It was the 104th victory for Mercedes and Hamilton's second win of the 2020 season. 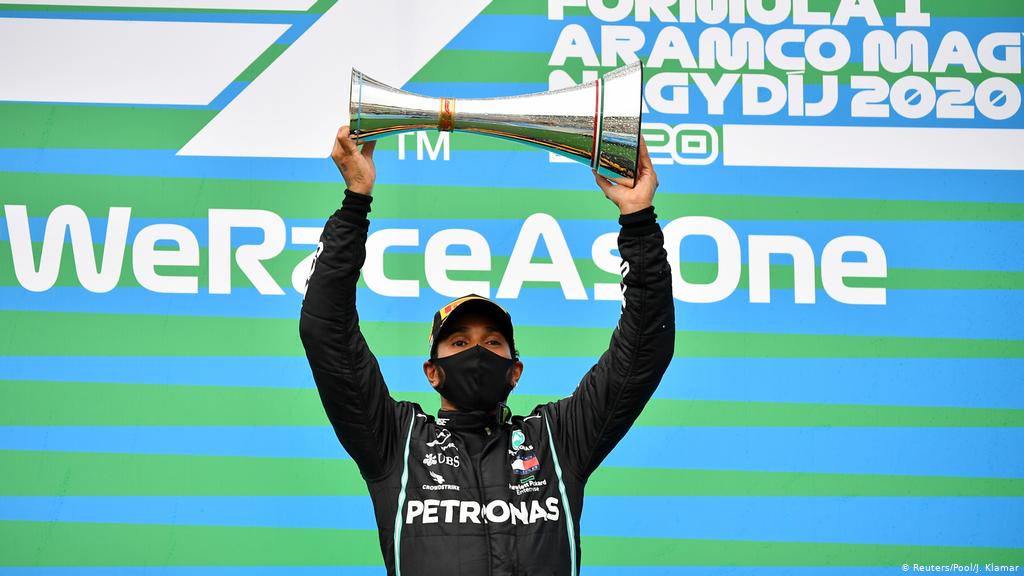 In the lap before towards the starting grid Max Verstappen had a very harsh moment when he spun in turn 12 on  the wet circuit on intermediate tyres and hit the barrier. The Dutch driver damaged his left front steering rod and almost had to retire the car before the race even begun. With 20 minutes to go the Red Bull mechanics repaired the damage on the grid and Verstappen was able to start.

Because the track was still wet at the start all cars were fitted with intermediate tyres. In the warm-up lap a few drivers saw the tarmac was almost dry enough for slick tyres. Both Haas drivers Romain Grosjean and Kevin Magnussen gambled to already switch to dry weather tires and had a huge benefit by it. 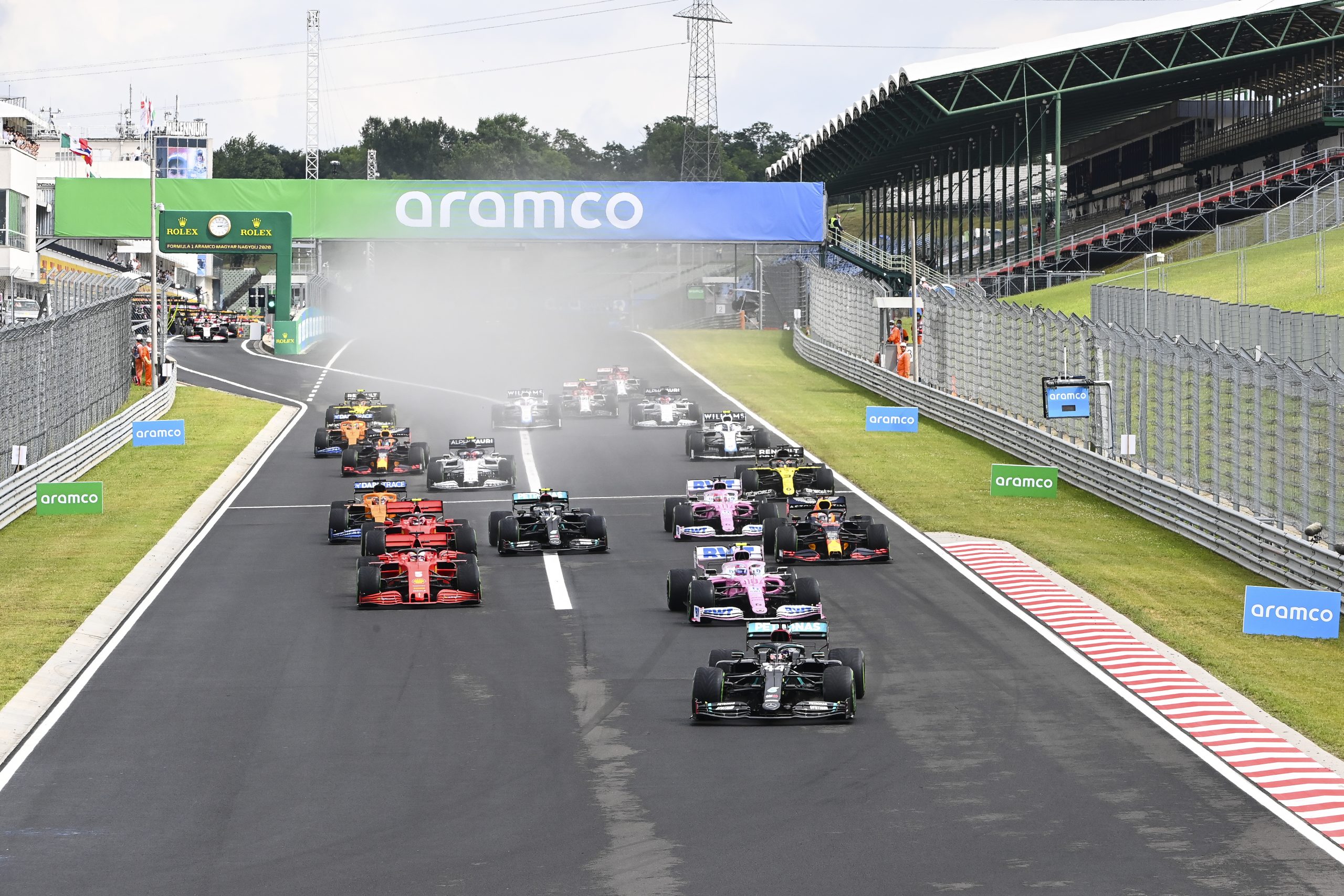 Start of the race, run to turn 1

The next couple of laps all drivers switched to slick tyres. Carlos Sainz and Nicholas Latifi had a collision when Latifi drove away from the Williams team and collected the McLaren. The Canadian driver got a left rear puncture and a 5 sec penalty. Kimi Raikkonen also received a 5 sec. penalty for starting from the wrong position on the grid. Sebastian Vettel had great start but unfortunately had a very bad pitstop because he had to wait a long time before he could leave the pits due to traffic.

Lap 16 was the end of Pierre Gasly's  power unit. The French driver stopped at his team with a smoking Honda engine to retire. 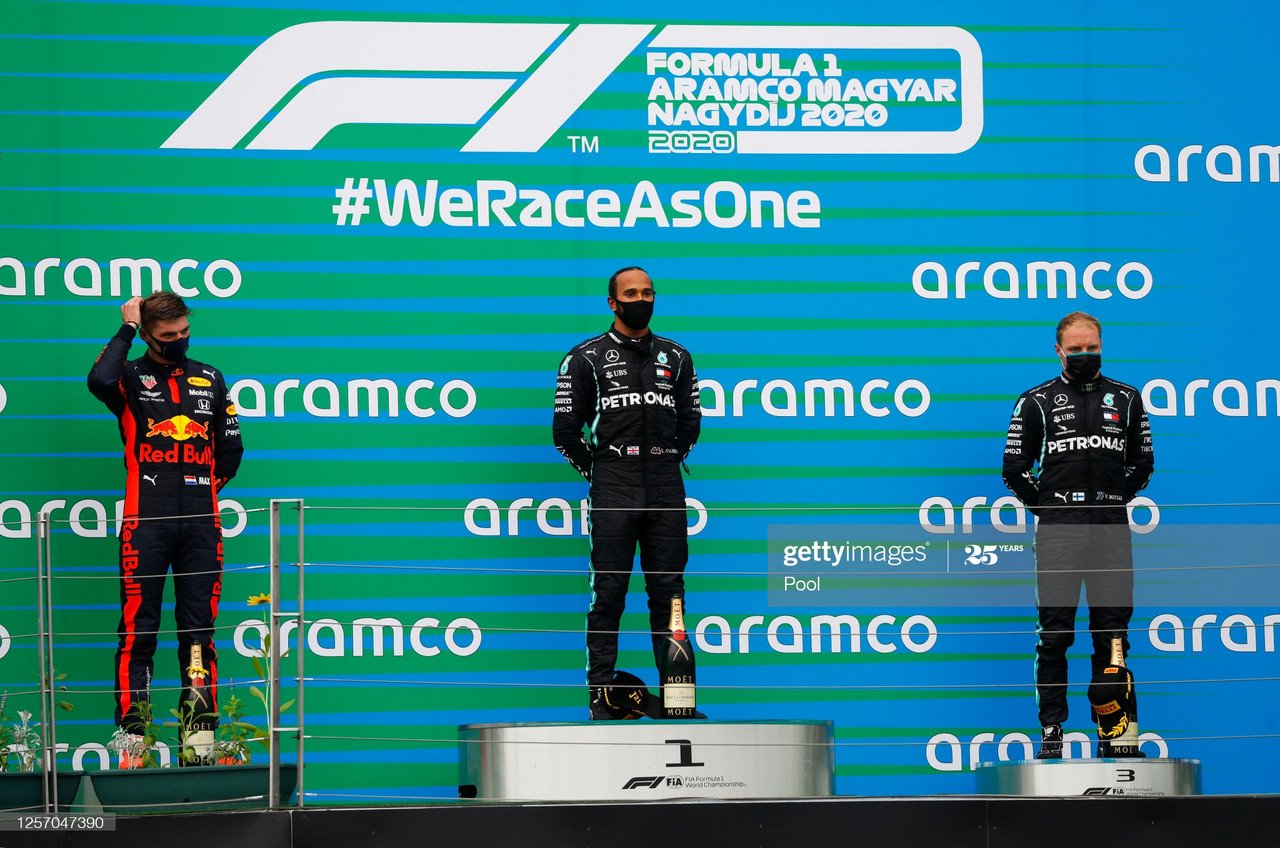 Bottas did got back 3rd place after 30 laps and also wanted to get second place from Verstappen, but couldn't get passed easely. Mercedes pitted him for new tyres to try the same as Hamilton did last year, but Verstappen was doing a very good job and able to keep Bottas behind to finish second.

Hamilton did switch to new soft tyres to get the extra point for the fastest lap and did it in the final lap.

The whole race there was a threat of rain, but only a few drops were seen during the whole race.