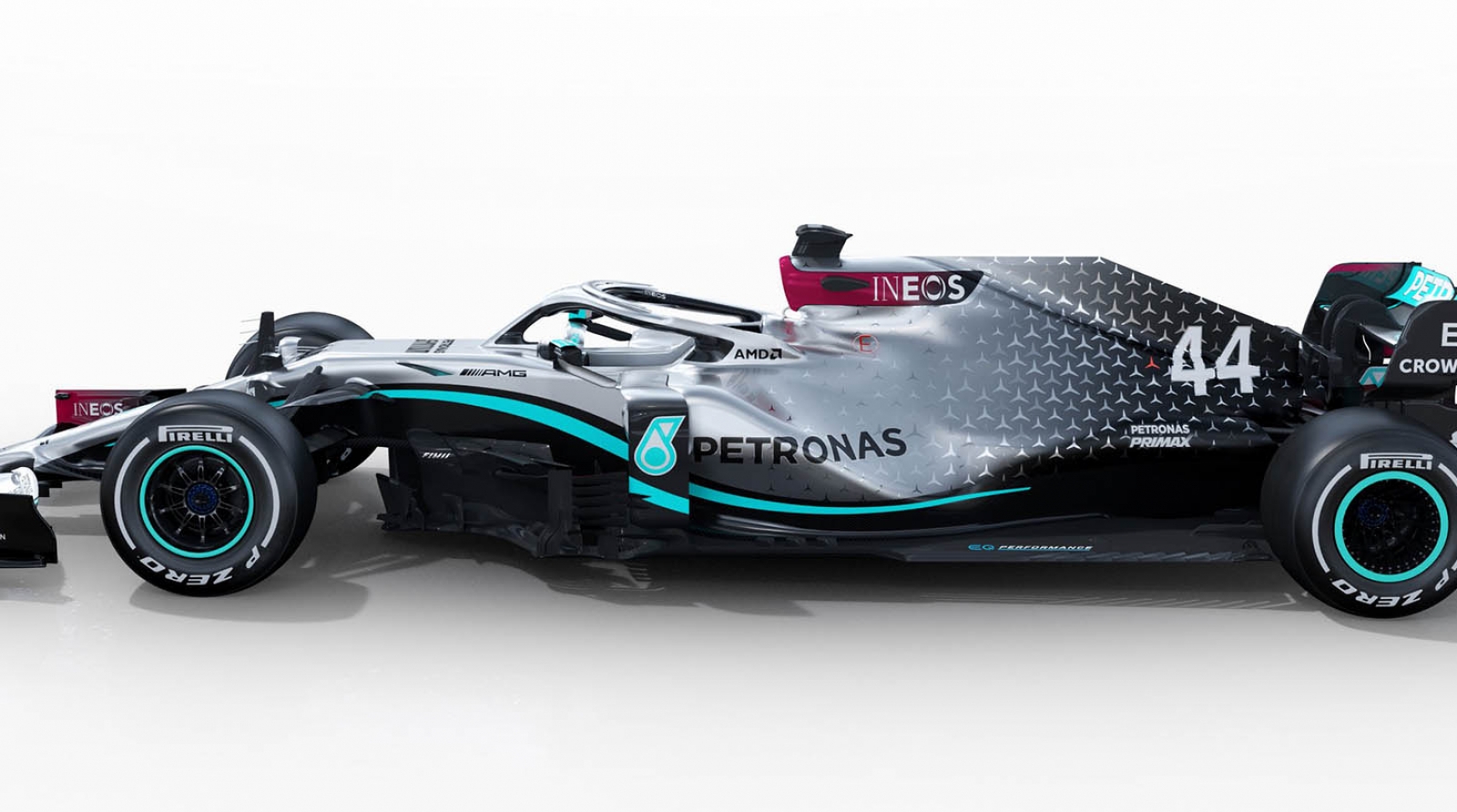 Mercedes has released the first images of the W11, the car Lewis Hamilton will use to defend his title.

The car will hit the track for the first time at Silverstone on Friday, with Hamilton and teammate Valtteri Bottas sharing 100 kilometres of running as part of a filming day.

The new Mercedes W11 is clearly an evolution of last year's championship-winning W10.

After winning 15 of the 21 races in 2019 and with a major regulation changes due in 2021, its clear Mercedes has continued with a similar concept with the W11, although technical director James Allison said some significant changes have been made to open up more development potential later in the year.

"We wanted to change aspects of the concept of the car -- aspects that would be completely impossible to change within a season -- to give us a more fertile platform for the new season," Allison said. "We tried to make a few well-chosen architectural changes to keep the development slope strong, even though the regulations are now a little bit longer in the tooth.

"At the front we have accepted more structural complexity around the uprights and wheel rims in order to provide a higher performance assembly overall.

"In the middle of the car we have followed the pitlane trend by moving our upper side impact tube to the lower position and banking the aerodynamic gain that comes with this layout.

"At the rear of the car we have gone for an adventurous suspension layout in order to free up aerodynamic development opportunity.

"All three investments were improvements in their own right, but their real effect is to mobilize a raft of secondary aerodynamic gains both during the winter and, we hope, across the season to come."

Valtteri Bottas was the first to hit the track in the Mercedes.

The images released on Friday morning were renderings rather than photos, and Allison confirmed the actual car would be subject to a major update at the second preseason test in Barcelona. However, he ruled out a repeat of the complete overhaul Mercedes made for the second test last year that unlocked a significant amount of performance and allowed the world champions to leapfrog Ferrari at the opening race in Melbourne.

"We will still have upgrades for Melbourne that will come in the second week of testing, but the 'entire new car' approach of 2019 won't feature," Allison added. "Last year, the regulations were changed quite significantly, and they were decided quite late in the year. Under those circumstances, doing a launch car and a Week 2 car gave us the chance to build the maximum amount of learning into our Melbourne

"With the regulations being more mature this year and with the opening stab of the 2020 development already being at the same level as the finish of last year's car, repeating last year's approach would not make sense."

One area in which Mercedes was lacking compared to main rivals Ferrari last year was power, and the car's power unit (PU) has been overhauled ahead of 2020 to try to close the gap.

"We have had to develop an even wider area of the PU”, Mercedes engine boss Andy Cowell said. "We have looked at every single system, we have worked on a huge array of projects, and when summed together they will hopefully help propel the car around the track quicker and give the aerodynamics team more opportunities to improve as well."

Another weakness of the 2019 Mercedes was a lack of sufficient cooling at hot races, and the team has fitted larger radiators to the W11 to try to combat that, as well as making tweaks to the power unit itself.

"We are putting significant effort into making sure that all the cooling fluids on the Power Unit operate at a higher temperature," Cowell added. "This increases the temperature difference between that coolant fluid and the ambient temperature that we are racing in, which increases the effectiveness of the cooling system. That's a tough challenge though, because large parts of the engine are made from aluminium and the temperatures that we are operating at mean the material properties are decaying quite rapidly.

"Managing that over an eight-race distance power unit cycle is a tough engineering challenge but that's what we are striving for. As power unit engineers we don't just focus on crankshaft power, we also focus a tremendous amount on the packaging and reducing the overheads for the aerodynamicist, so that they can mainly focus on keeping the car planted through the corner."

Mercedes had already revealed its 2020 livery at an event earlier this week, sticking to a very similar design to last year's. Red sections have been added to the front wing, airbox and rear wing as part of a new sponsorship deal with chemical company Ineos.