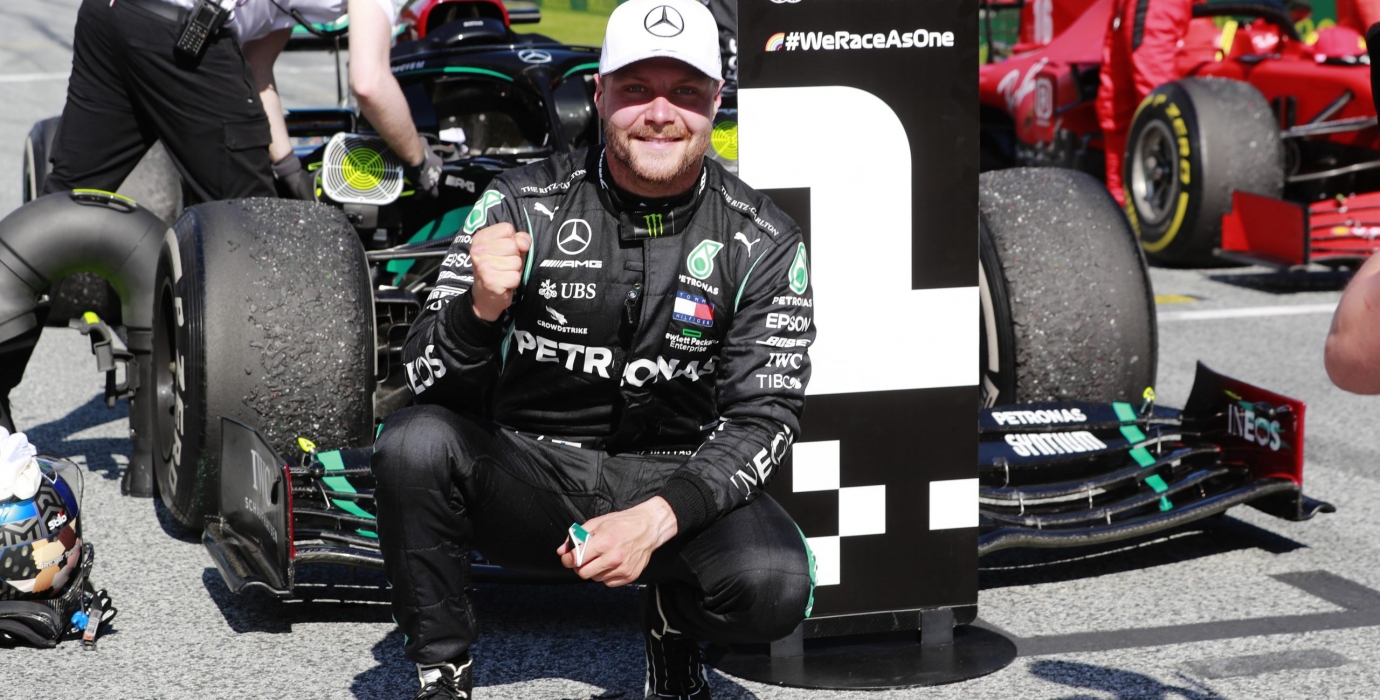 He started from pole and won his 8th F1 race in Spielberg. It was the 103rd victory for Mercedes and Bottas his first win of the 2020 season. 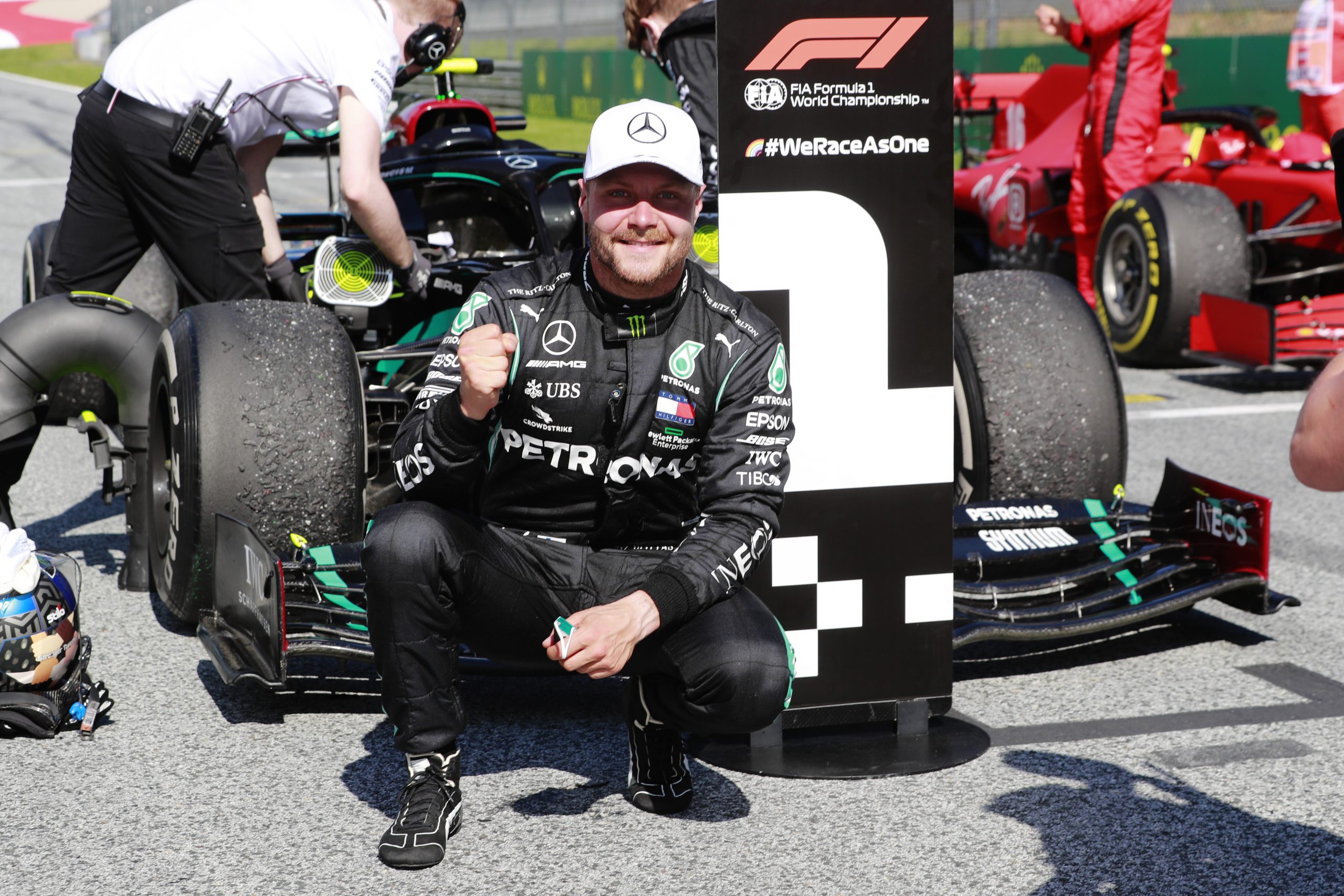 Round 1 of the 2020 season started from the Red Bull Ring under perfect circumstances. Valtteri Bottas had a great start in the Mercedes and was already 2.5 sec loose after 1 lap. Mclaren driver Lando Norris also had a great start and was able to stay close to the top on P3. There were no incidents.

Norris wasn't able to stay on P3. After 4 laps Alexander Albon (Red Bull) and Lewis Hamilton (Mercedes) passed the young Brit. Bottas was pushing hard to get away from Max Verstappen's Red Bull. The Finn drove fastest lap after fastest lap. Albon and Hamilton had a nice fight for P3, which Albon lost in turn 4 of lap 9.

Verstappen had an engine problem in lap 12. He told his team his engine was going into anti-stall. The Dutch driver drove back to his team to try and reset the engine with a new steering wheel, but the problem could not be resolved.

In lap 18 Daniel Ricciardo also had a problem with the Renault and also drove back to the garage and retired. At that time Ferrari driver Sebastian Vettel passed the Racing Point of Lance Stroll, who also was talking to his team on the radio he has a engine problem. In lap 21 the Canadian driver was the third to drive back to the pits and retired, while Romain Grosjean spun his Haas around in turn 5. 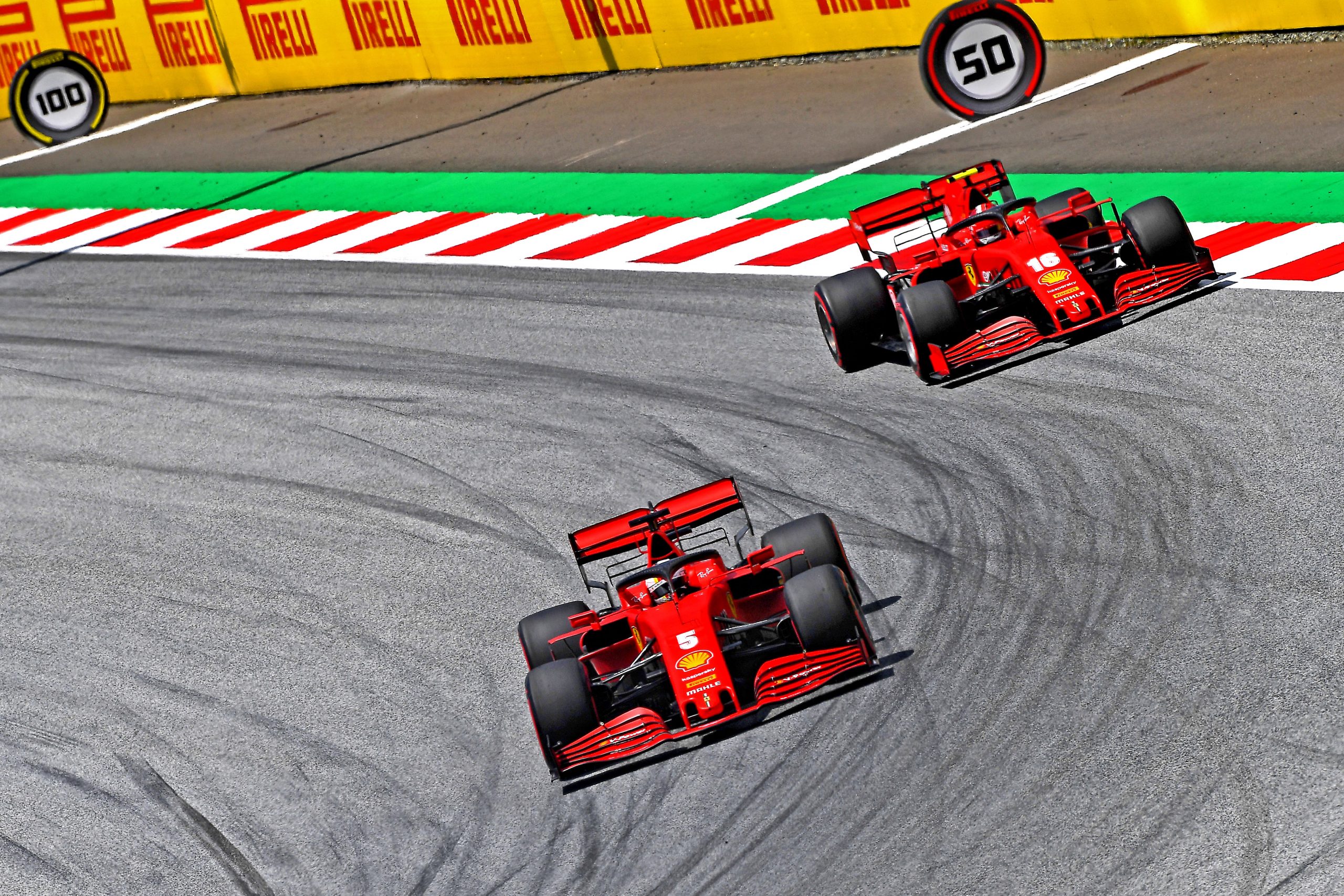 Haas driver Kevin Magnussen was the next who retired this crazy race. He had a brake failure in turn 3 of lap 26 and spun off. He caused the first safety car period of the race and the 2020 season. The race resumed at the end of lap 30. After the restart Sainz tried to pass the Ferrari of Leclerc with his McLaren, but collided in turn 3 with Sebastian Vettel. The Ferrari of the German driver spun because of it and lost 8 places.

Sergio Perez was doing a great job in the Racing Point as he passed Norris for P4 in lap 33. In lap 36 Romain Grosjean received the black & white flag for exceeding of track limits.

Hamilton was pushing hard to close the gap between him and his team mate Bottas. In lap 38 he was within the DRS zone. Both drivers received messages about gearbox troubles and were told by the radio to stay off the kerbs that generate a lot of vibrations that can damage the cars.

In lap 51 2 more drivers had to retire their car. Grosjean also had problems with his brakes and at the same time the Williams gearbox failed to do its job in George Russel's car. The British driver had to park his car in the inside of turn 4 and caused the second safety car of the race. 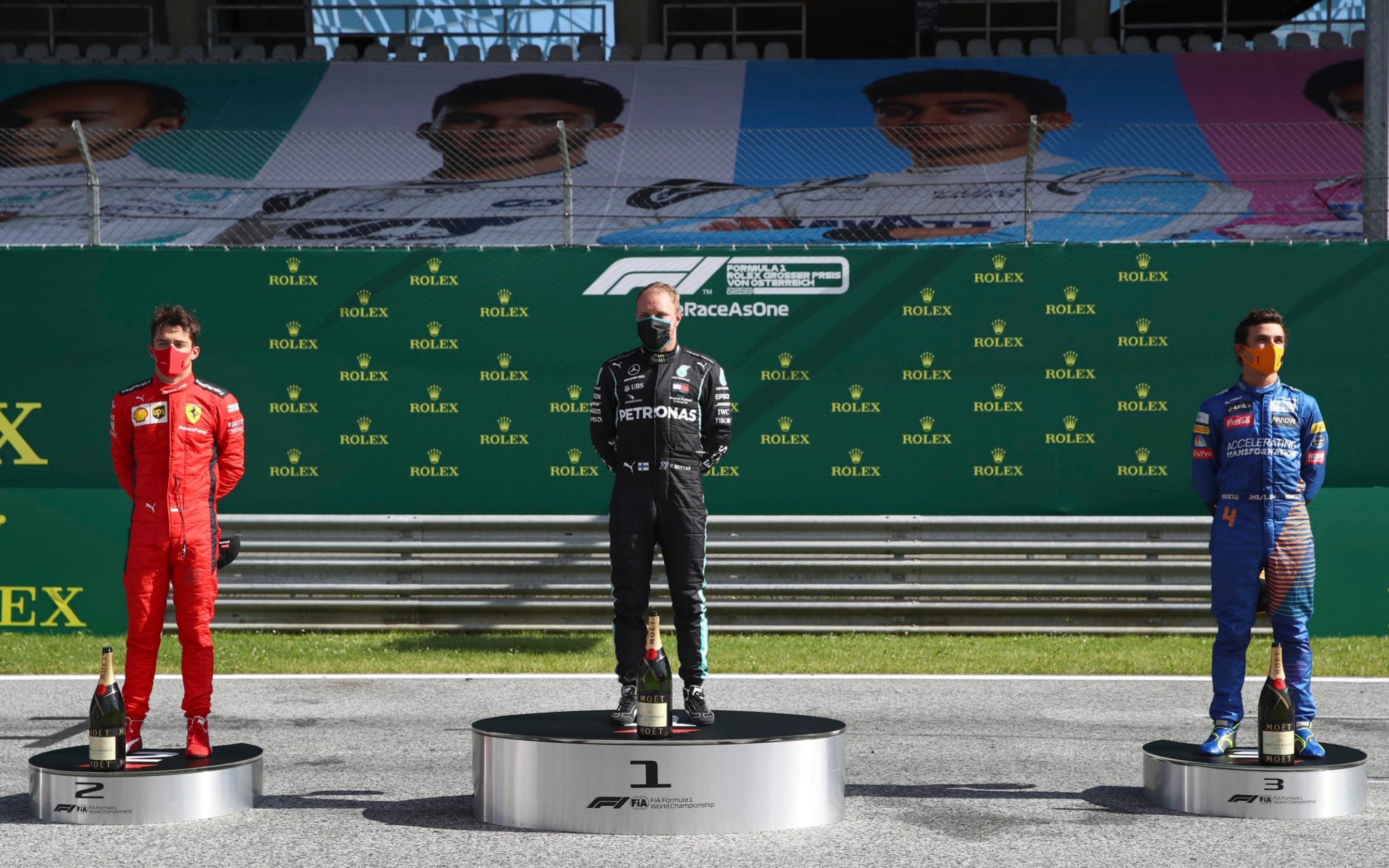 The race was on again at the end of lap 55. When the cars speeded up to go racing the right front wheel of he Alfa Romeo of Kimi Raikkonen let loose. The Finn wasn't able to go on and parked his car on the mainstraight and brought out the 3rd safety car period.At the end of lap 60 the race resumed again. Alex Albon had a new set of soft tyres fitted on the RB16 and was able to attack the Mercedes of Hamilton in turn 4. Both drivers collided and Albon spun to the back of the P12 of the leaderboard. Now Perez was driving on P3 of the podium with the Racing Point.

Charle Leclerc was going fast on a new set of tyres and was already on P4 in lap 65 chasing down Perez for P3. He passed the Mexican driver in turn 2, while Hamilton received a 5 second penalty for causing the collision with Albon. Perez also received a five second  penalty for speeding in the pit lane.