5 reasons the Vietnam Grand Prix is not to be missed 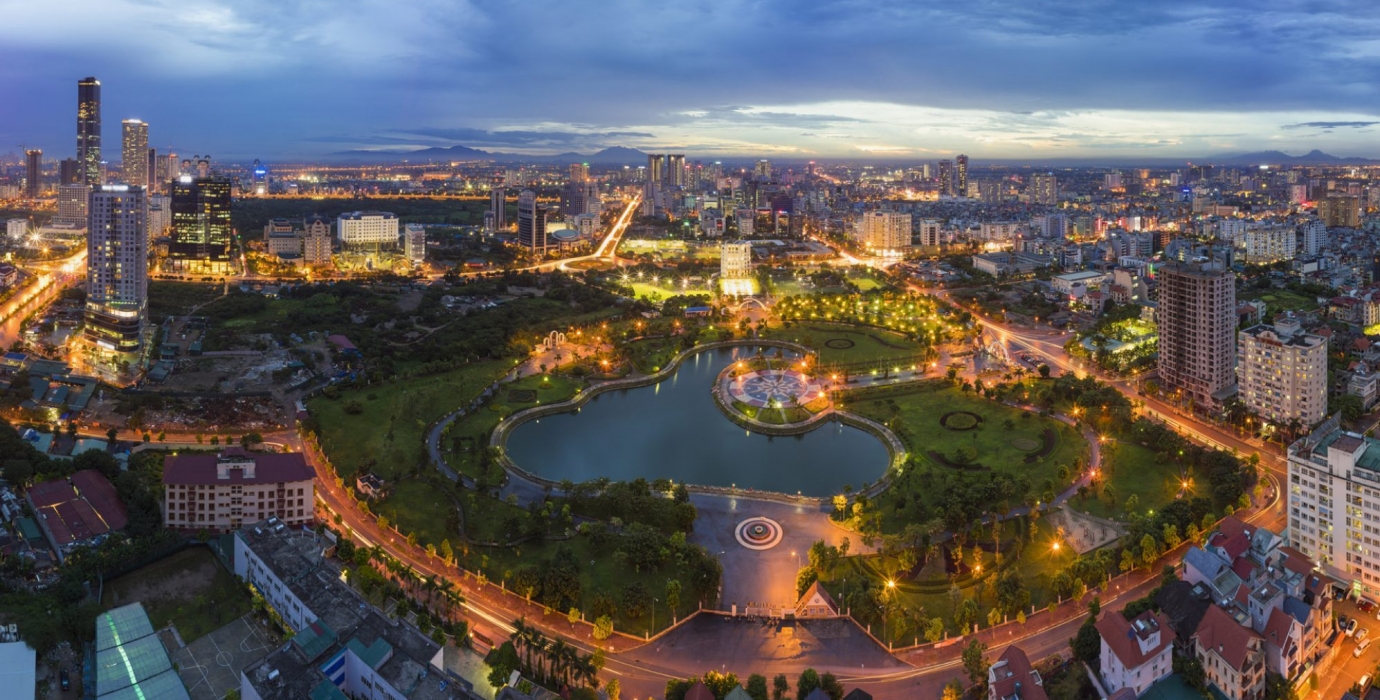 The vibrant country of Vietnam will join the Formula 1 fraternity next season, with a stunning street circuit in the magical capital city of Hanoi coming together nicely. With just under four months to go, here are five reasons why you won’t want to miss this race.

The Formula 1 calendar has featured a plethora of the world’s great circuits over the years – and it is some of those iconic venues that have provided the inspiration for sections of the brand new Hanoi Circuit that is a fusion of street and permanent sections.

The opening sequence, which navigates a roundabout, has echoes of the Nurburgring’s first few turns, which is known as a red zone for overtaking opportunities, while the sweeping Turns of 12, 13, 14 and 15 have been inspired by the epic climb up to Massenet on the historic streets of Monaco’s Monte Carlo.

Then there’s the Turn 16-19 sequence – a series of fast and furious changes of directions which will provide a thrill for the drivers and fans in that section alike – similar to the iconic Esses at Japan’s mighty Suzuka Circuit.

In general, pleasingly there’s a move away from 90-degree road junction-type corners, while a couple dramatic, long straights are slotted in to further increase the chances of overtaking, while still retaining that closed-in street vibe that make city tracks so enthralling. 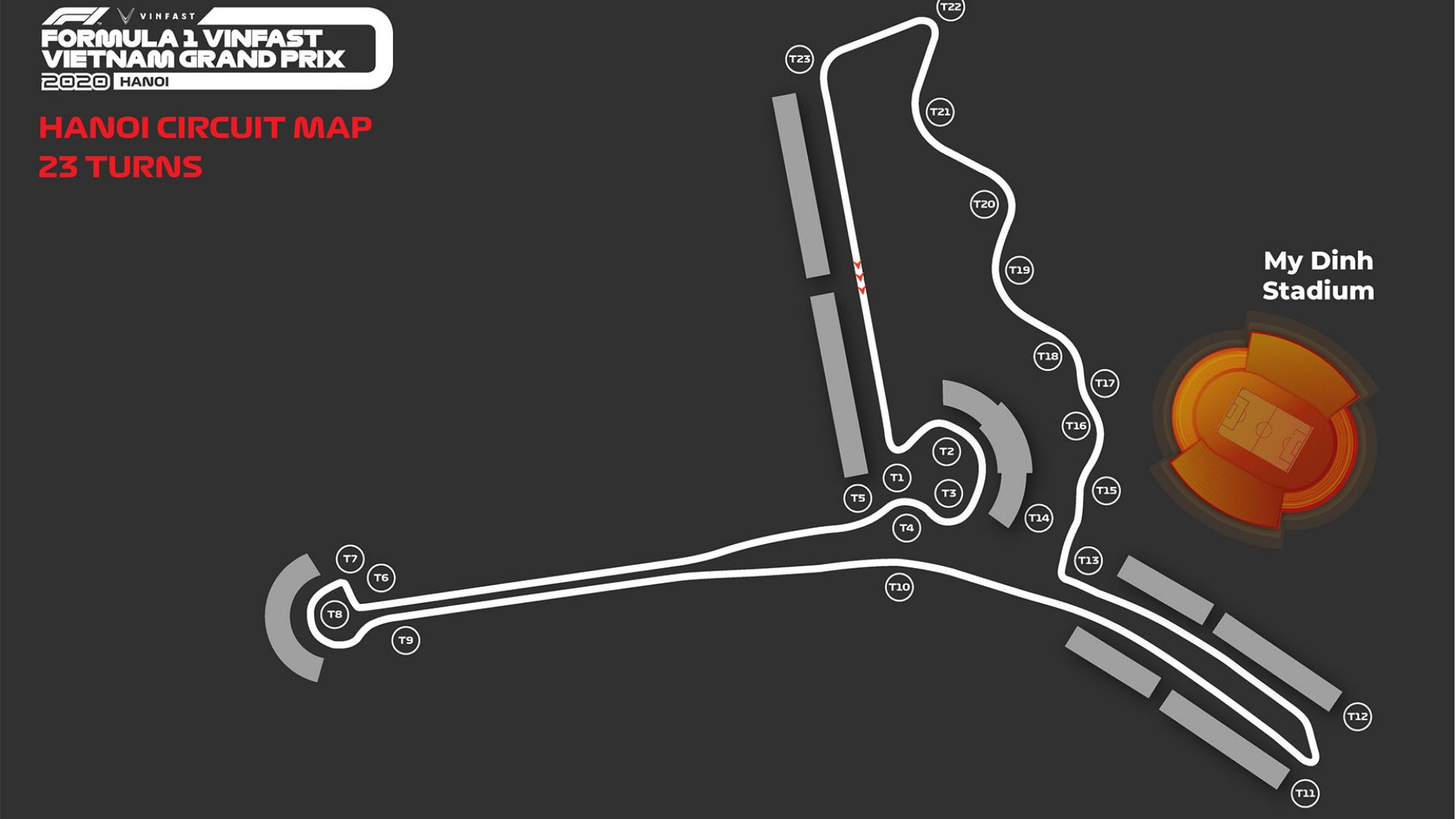 Expertise is everything, which is why F1’s Motorsports team played a key role in the design – working with renowned circuit design company Tilke – led by Hermann Tilke who designed great circuits such as Malaysia’s Sepang, Singapore’s Marina Bay and Austin’s Circuit of The Americas among many others.

“It was good working together,” said Tilke. “We made a lot of simulations to simulate overtaking and good racing. Turn 1 offers a great opportunity for overtaking, while there’s a hotspot for passing after the long straight that leads into the hairpin.

“Turn 1 [is a great place to watch] as it feels like an area and you can see four corners. Another good viewing spot will be at that hotspot at the end of the long straight.”

Hanoi will become F1’s fourth street race, joining Monaco, Singapore and Azerbaijan, and has its own unique charm, with the layout made up of two-thirds city roads and one-third new purpose-built track for F1.

The long straights – one of which is 1.6km, making it one of the longest of the F1 calendar – coupled with variety of corner sequences from technical, slow- to medium-speed turns to high-speed esses will create a set-up challenge for teams and drivers.

The pit lane also misses out the last and first corners, which cuts the time lost for a pit stop. “We have a very short pit lane, so pit stops are very short and we expect more than one stop in the race,” added Tilke.

As we’ve seen a convergence towards one-stop strategies in recent times, it’s exciting that this feature makes a multi-stop strategy more viable. 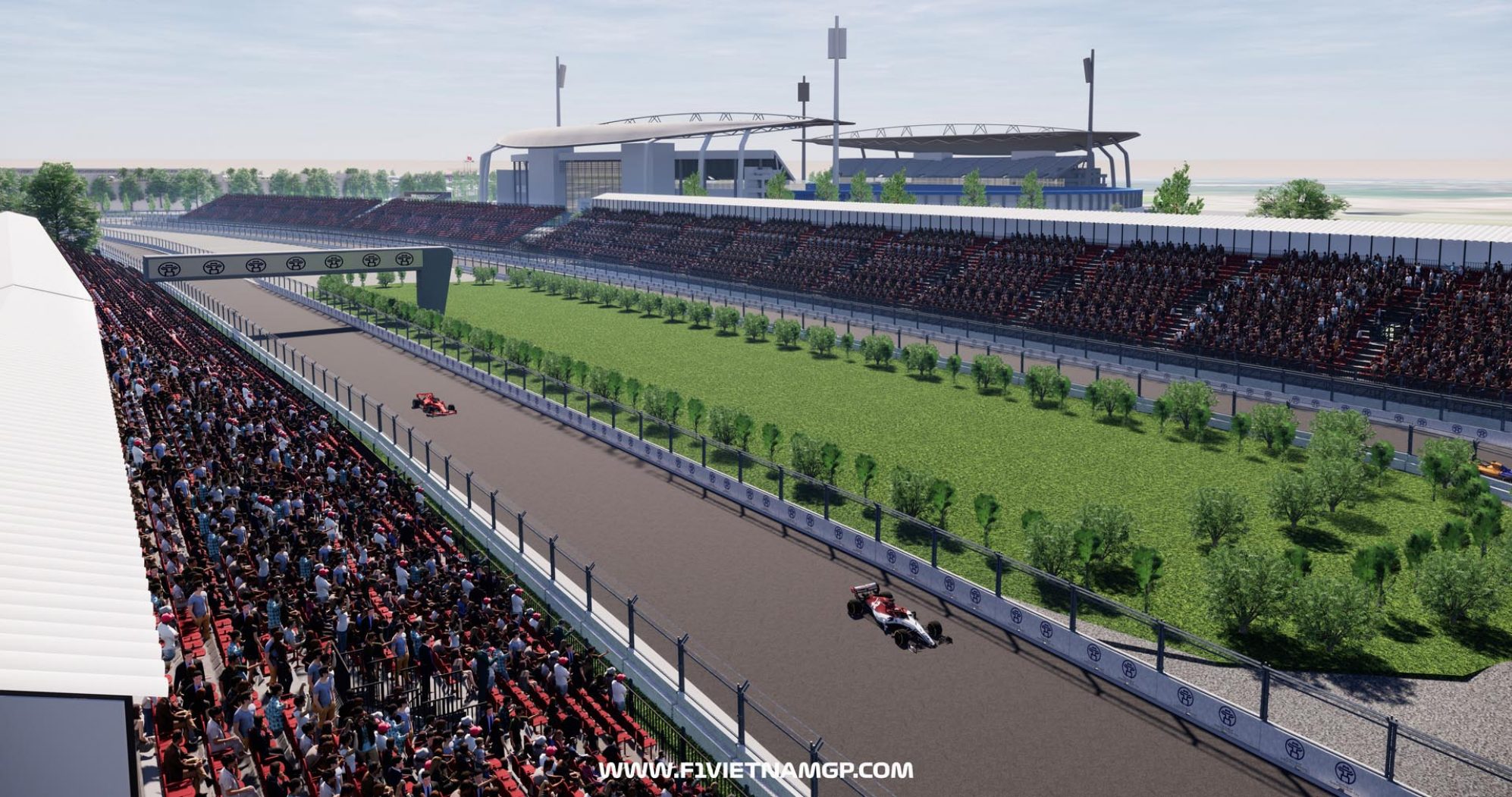 Vietnam is a traveller’s dream, from its idyllic coastline – that stretches more than 3,000km – to world-renowned aromatic food, and the organisers are keen to showcase a nation that is moving forward.

“We want to show a country that is a new dragon of Asia, in terms of economics, culture, food, people,” said Le Ngoc Chi, CEO of the Vietnam Grand Prix Corporation. “Vietnam is a country that grew from war. We have history, but are developing into a country with new technologies.”

The Easter holiday break falls the week after the race, meaning you could stay out afterwards for an extra week to explore and reduce the number of days you’re required to take as annual leave.

And if you love your coffee, you may be interested to know Vietnam owns about 20 percent of the coffee market share and is the second largest producer of coffee beans in the world. 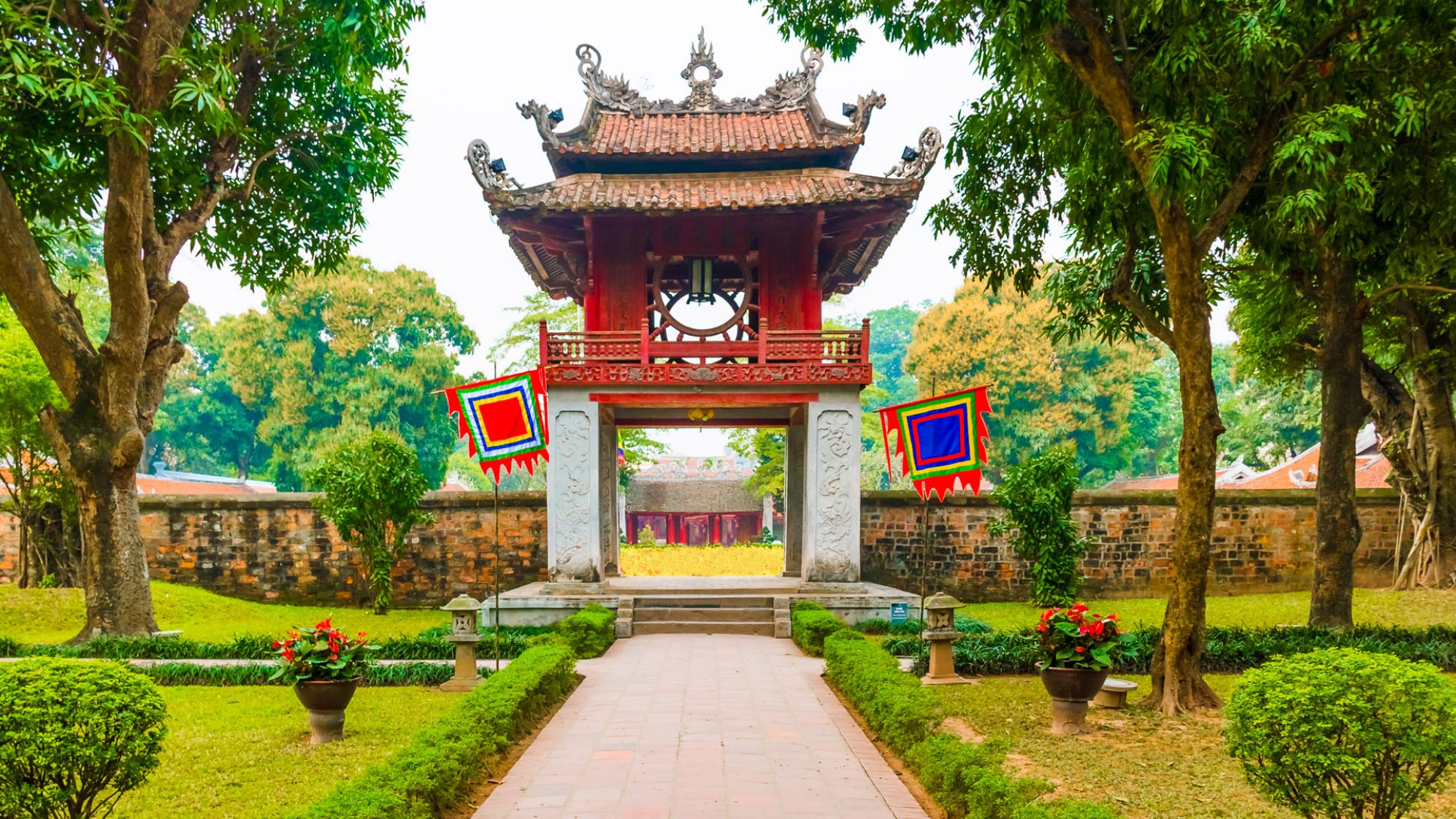 5. Bumper entertainment both on- and off-track

As well as dramatic action on track, organisers are keen to bring a flavour of Vietnam to the circuit, headlined by the 300m-long pit building, inspired by Hanoi’s Imperial Citadel of Thang Long, set to be ready before the end of the year.

There’ll also be a chance to sample the country’s amazing cuisine. “We do plan to have food festivals,” said Chi. “There are 64 provinces and each have a very special kind of food, so we plan to bring them all to Hanoi and showcase our food to the world in a festival setting.

“Food is going to be a big thing. And it won’t just be traditional Vietnamese food, but cuisines from all over the world. Culture is a big thing, too. Away from the track, you can go to our famous temples, pagodas, churches and the central lake and watch traditional water puppet theatre.” 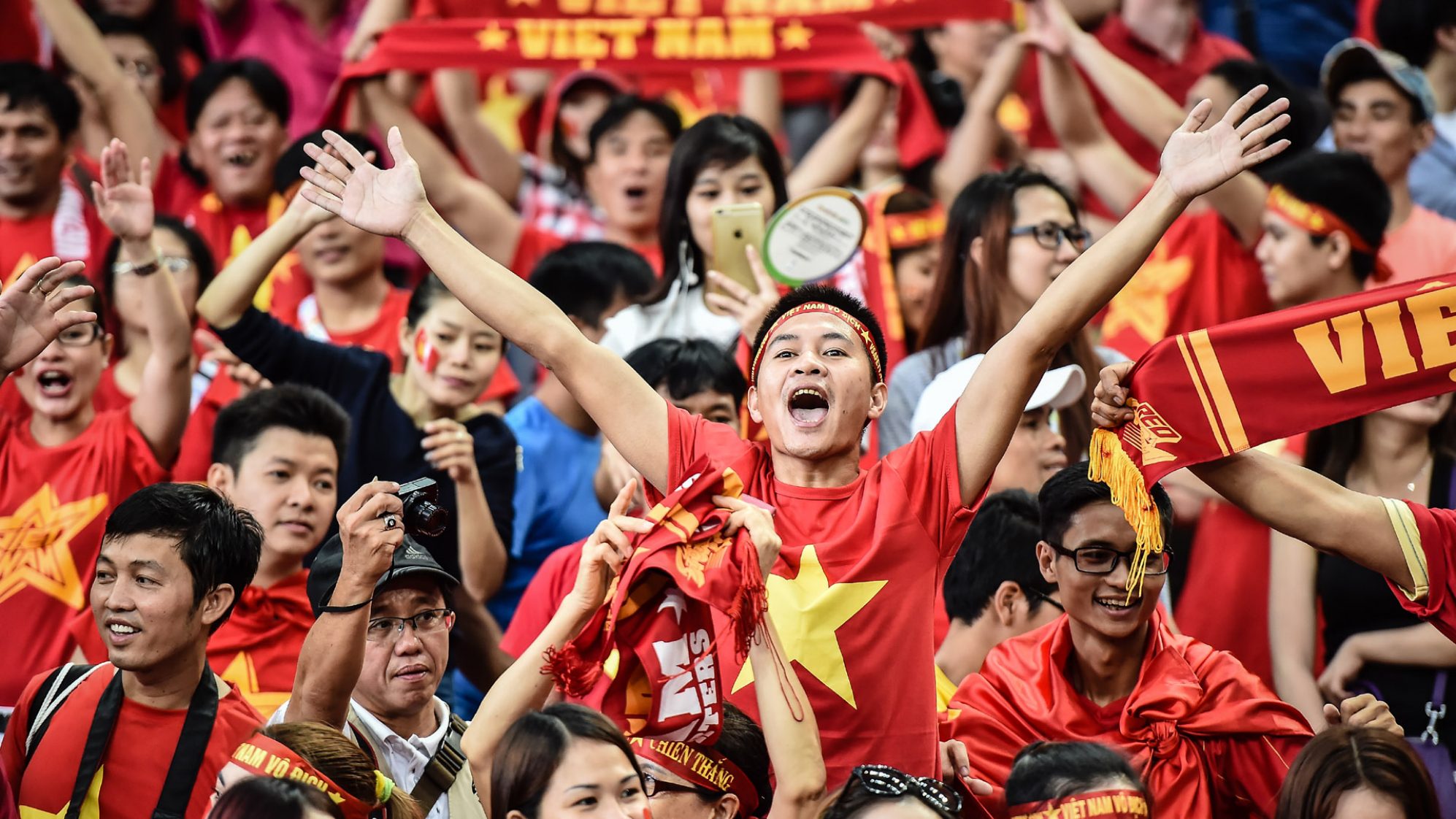