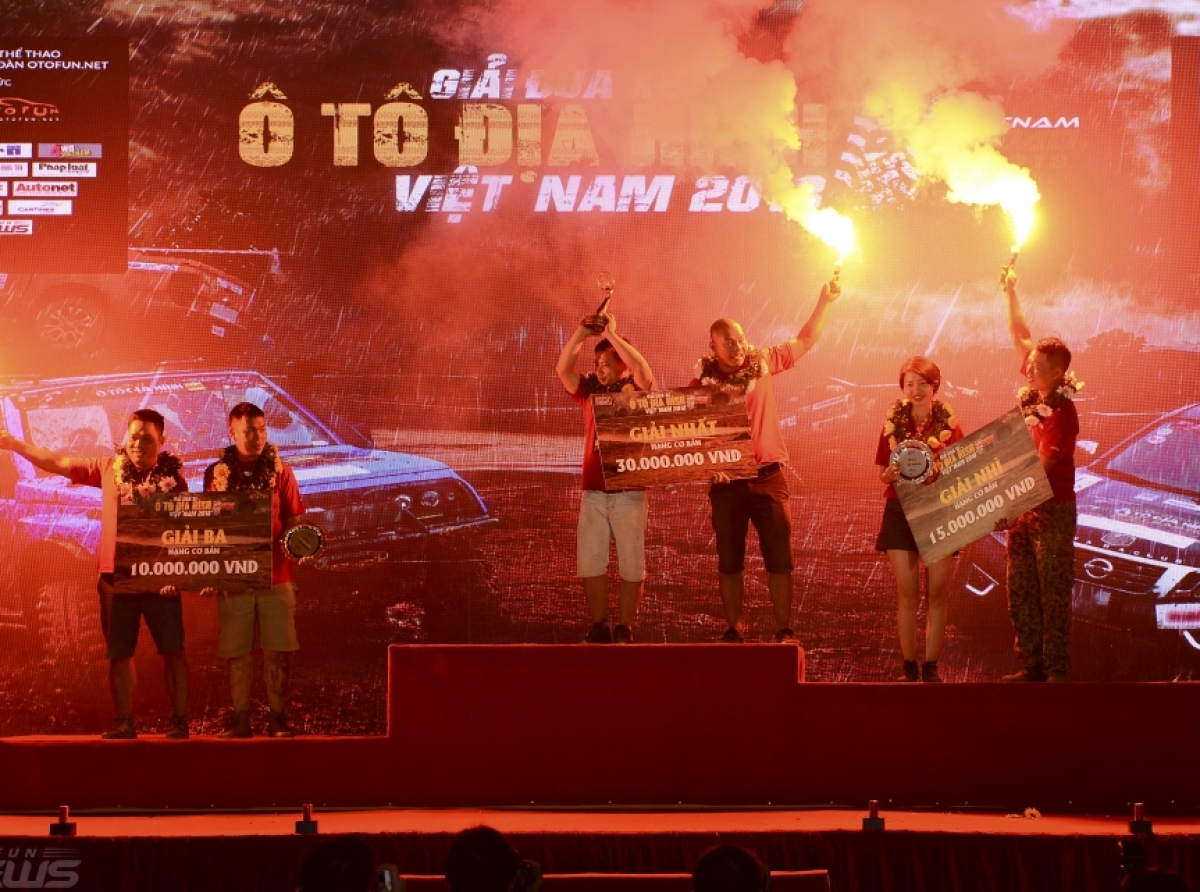 Two days of hard competition on the Dong Mo "arena" has ended, the champions VOC 2018 has been found!

VOC 2018 takes place on September 29-30, gathered 80 teams and 160 drivers from 14 provinces across the country. This is the largest number ever. This year, the number of exams is expanded, as Extension class (formerly Professional class). 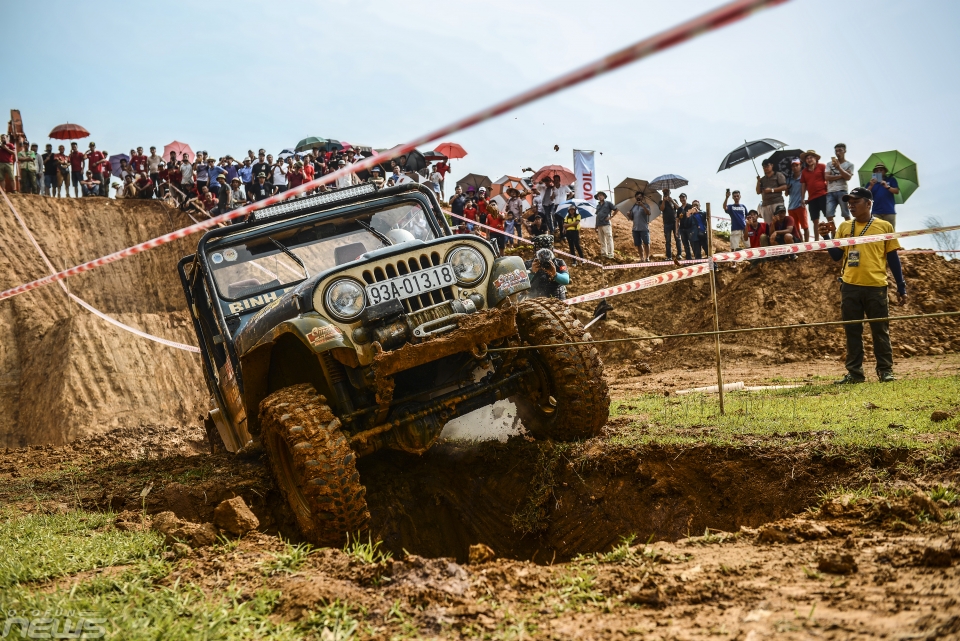 The 407 team is considered one of the teams with excellent driving skills.

On the first day, the exam No 7 and 10 are the most difficult when the cars have to climb over a 2-meter-high stone wall (No 10) and conquer difficulties in the shallow stream (No 7). Most of the Open class racing cars were flipped when trying to climb the slope, so they had to give up. 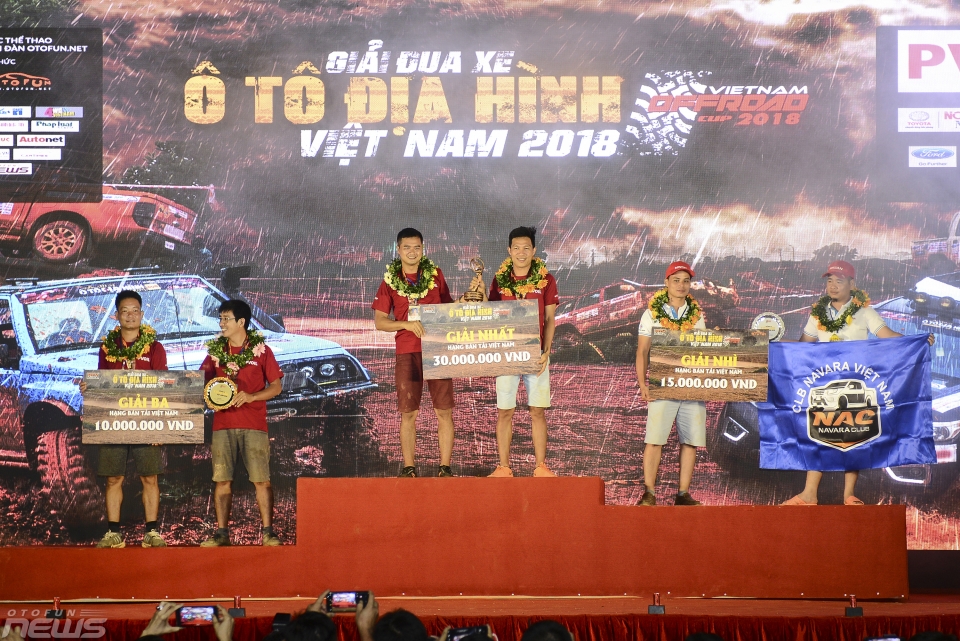 Although there are only a few days of preparation before opening, two teams 103 and 109 have made their name known as the Colorado club (CVC). VOC 2018 also witnessed the first time Mr. Pham Van Quan from the NAC stepped to the championship.

On the second day of competition, the audience was given the opportunity to catch up with the muddy scene of the two Basic and Vietnamese pickup classes on the famous and difficult road (No 2). As a result, Vietnamese pickup class honors two teams from the Colorado club, which is the 103 team that won the first prize, the 109th team won the third prize.

This year, the Navara pickup club (NAC) competes in the VOC 2018 with an extremely powerful force. The most prominent is the eye-catching pink pickup truck of female driver Chau Pha. Especially, in the second time, Mr. Pham Van Quan brought the glory to NAC when he won the 2nd position of Vietnamese pickup. 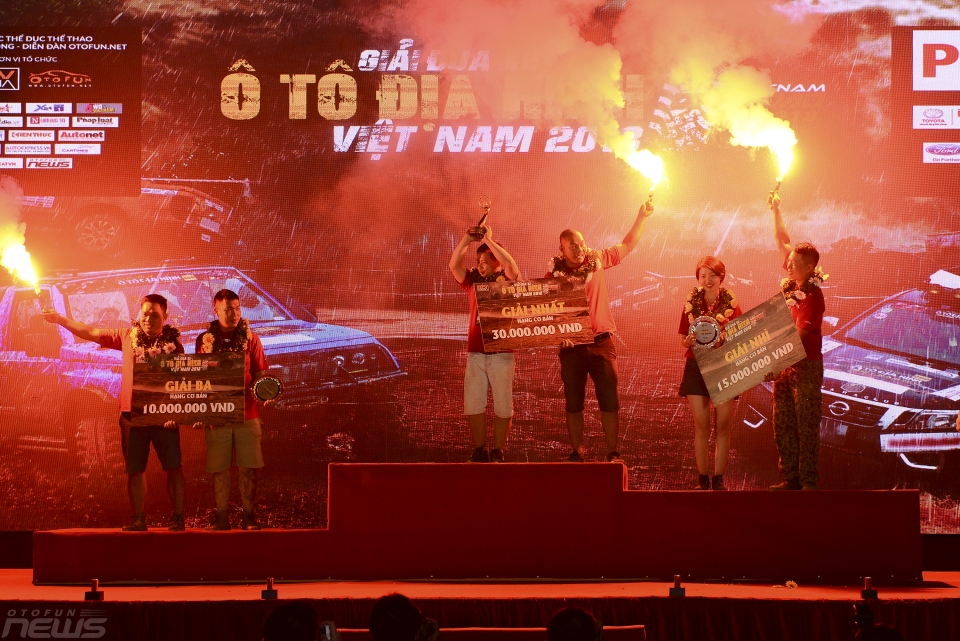 In the Basic class, although it was not possible to defend the championship and only won the second prize, the performance of the couple Le Quang Vinh and Dang Thi Thu Trang at the VOC this year is a clear proof that passion is the best connection for any couple. Last year, Vinh's PVC Xoong Chao 2 team won the First Prize in Basic SUV.

This year's two Upgrade and Extension classes really bring a new atmosphere to the tournament. In 2 days of competition, the audience was satisfied with the unique performances. On the first day, the stone wall reached more than 2 meters high in the 10th and 7th test was the two obstacles that knocked down most of the racers in the Open class.