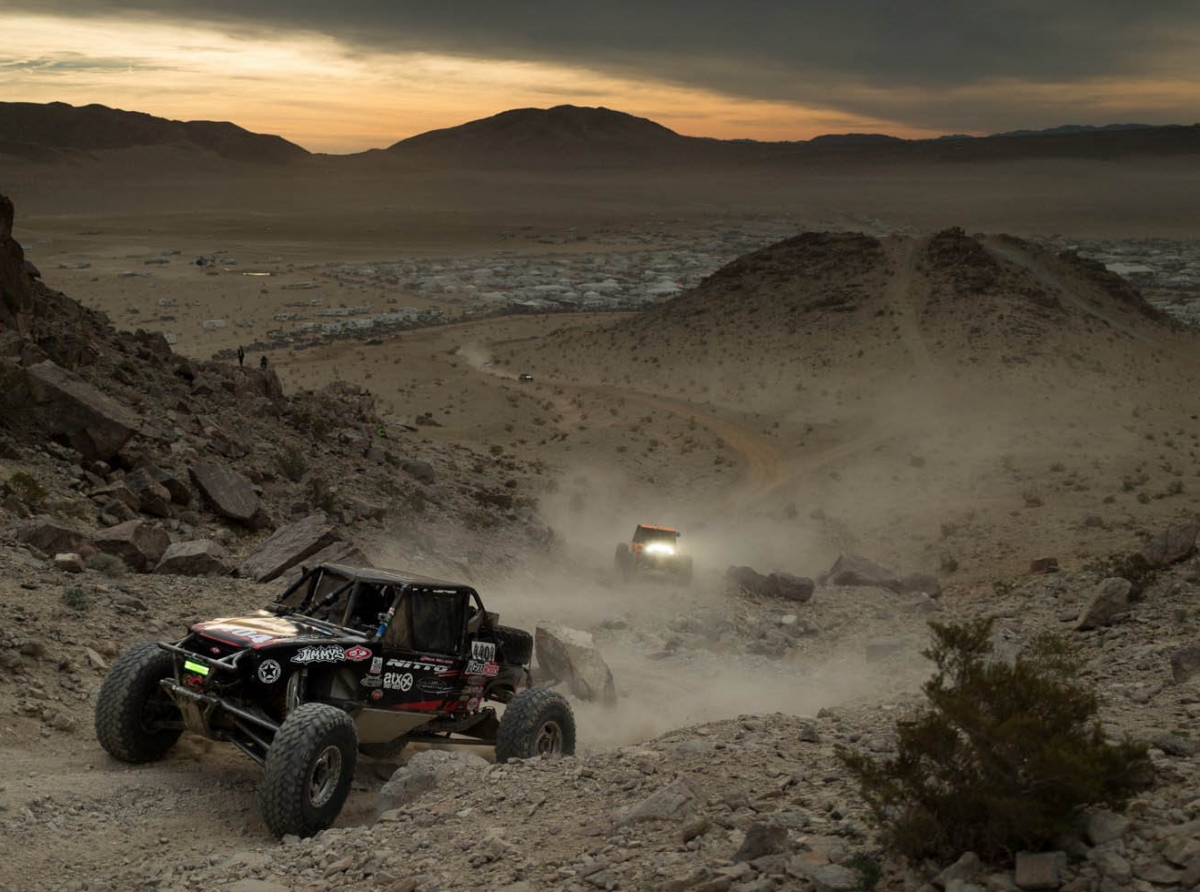 Off-roading is the activity of driving or riding a vehicle on unsurfaced roads or tracks, made of materials such as sand, gravel, riverbeds, mud, snow, rocks, and other natural terrain.

Types of off-roading range in intensity, from leisure drives with unmodified vehicles to competitions with customized vehicles and professional drivers. Off-roaders have been met with criticism for the environmental damage caused by their vehicles. There have also been extensive debates over the role of government in regulating the sport, including a Supreme Court case brought against the Bureau of Land Management. 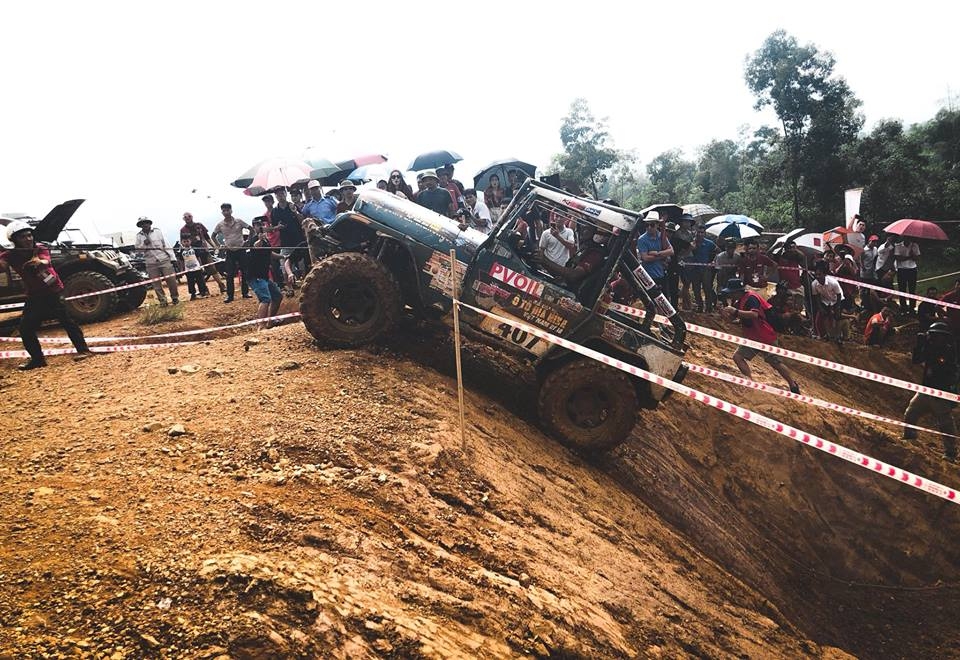 High speed racing in the open desert includes chases and racing on a rough desert terrain with numerous pots and bumps at the maximum speed. Drivers mostly use RWD and 4WD trucks with long travel suspension, wide stance on the front and large tires (typically 33”- 39”) which allows to maintain optimal stability at the high speed. This type of trucks is often called Prerunner.

Rock Racing is very similar to rock crawling in the fact that the vehicles are driven over rocks, the difference is that there are no penalties for hitting cones, backing up or winching as is done in rock crawling. Rock racing also involves a degree of high-speed racing not seen in typical rock crawling.

Unlike stationary dune bashing that tends to revolve around a single star dune or one obstacle, cross-country off-roading is an activity that lasts several days on routes with desert or other terrains. Routes in Africa generally have obstacles in largely uninhabited and uncharted terrain.These circuit routes are over 50 km and usually around 300 km long

This is a type of travel undertaken with a 4x4 that mostly goes over tracks and contains some bits of off-roading. Traditionally these trips are going through relatively uninhabited areas. Popular are the deserts in Tunisia, Morocco and other North African countries, continent crossing trips through Africa, trips through Mongolia or Northern Scandinavia. Typical modifications to vehicles for this kind of travel are the addition of extra fuel tanks

Green laning (or two-tracking) is a leisure pursuit, generally suitable for any four-wheel-drive vehicle, even those without modifications or additional equipment. The term green lane refers to the fact that the routes are predominantly along unsurfaced tracks, forest tracks, or older roadways that may have fallen into disuse. In the UK they are usually roads which are not maintained in any way and will often include fords.

roof rack tents, and elaborate storage systems in the back for food, water/drinking, spare parts, tools and other cargo. Due to the extra weight the suspension is often reinforced with stronger springs, shock absorbers etc.

Mudding is off-roading through an area of wet mud or clay. The goal is to drive through as far as possible without becoming stuck. There are many types of tires that are recommended for this activity. Some tires are balloon tires, mud-terrain tires and paddle tires. This activity is very popular in the United States, although it is illegal on public land due to the environmental impact.

Rock crawling is a category of off-roading. Vehicles used for rock crawling are usually modified with different tires, suspension components that allow greater axle articulation, and changes in the differential gear ratio in order to obtain characteristics suitable for low speed operation for traversing obstacles. It is common for a rock crawler to have a "spotter", who is an assistant on foot by the vehicle to provide information to the driver about the areas out of sight to the driver.

All progress is made at low speed and the emphasis is on skill, rather than finishing first although trialing can be highly competitive. There are three traditional forms of off-road trailing.