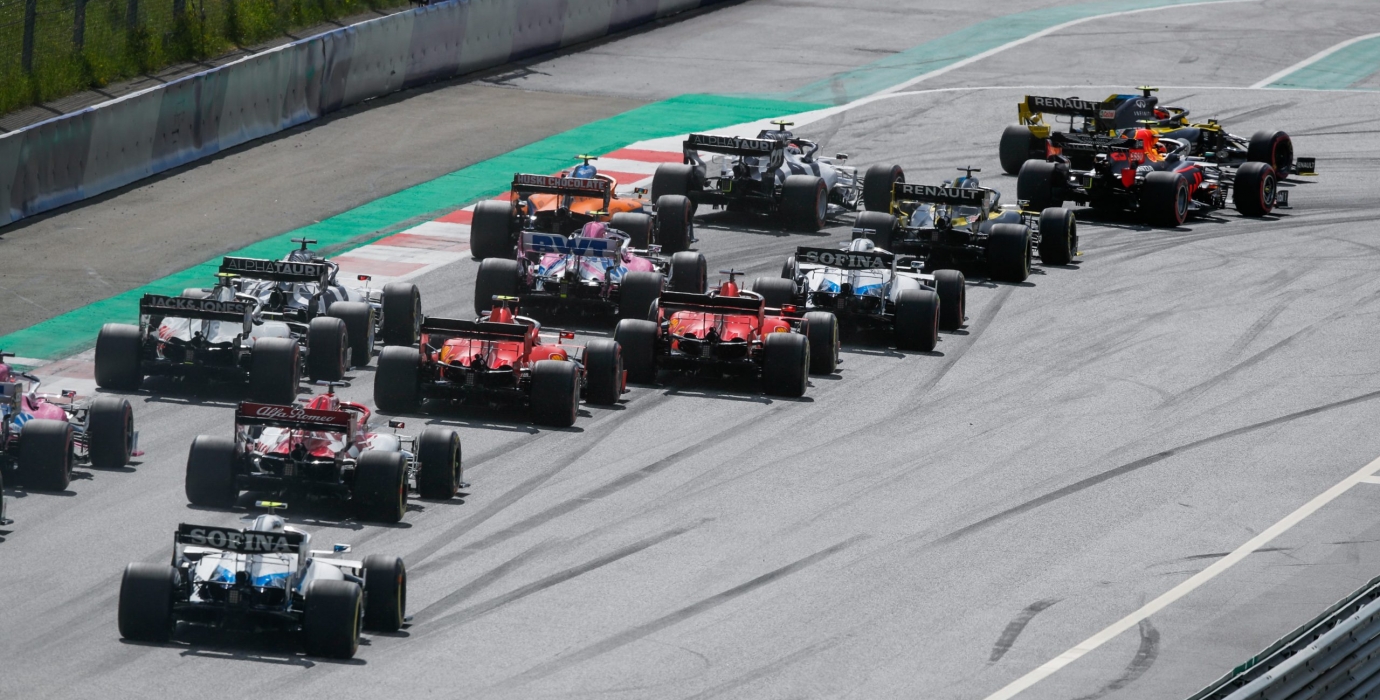 Lewis Hamilton won the 2020 Styrian F1 GP. He started from pole and won his 85th F1 race in Spielberg. It was the 103rd victory for Mercedes and Hamilton's first win of the 2020 season. 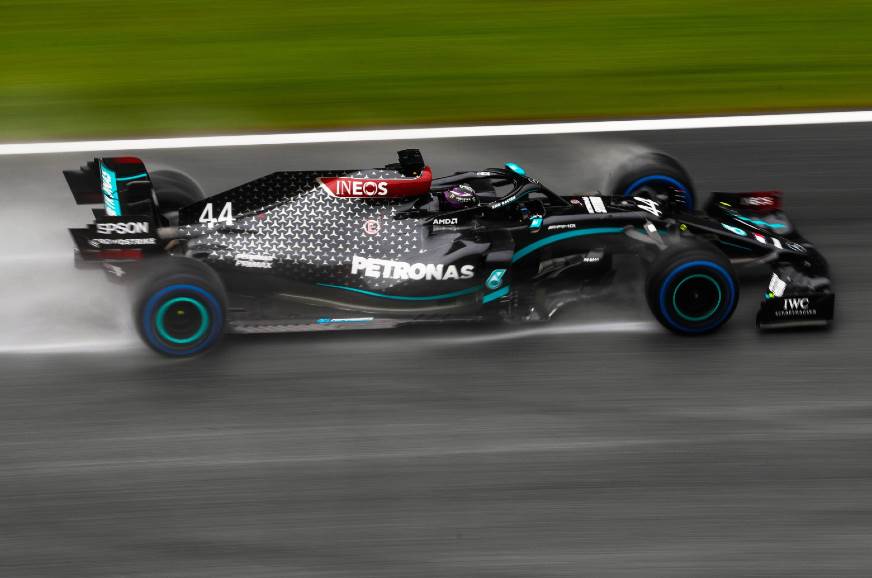 The first and maybe only Styrian Grand Prix started on time under perfect weather circumstances and started clean. All cars got through turn 1 clean. The embattled Ferrari team who got started from the worst positions in years even got worse, when Charles Leclerc went for gap at his team mate that wasn't there and collided with Sebastian Vettel.

The outcome was that Sebastian Vettel's rear wing got heavenly damaged and had to retire. A safety car was send on to the track to clean the track of debris. Both Ferrari drivers returned to the pits for repairs. Leclerc got a new front wing, but also had to retire in lap 5.

In lap 6 Valtteri Bottas passed the Mclaren of Carlos Sainz for 3rd position. The gap between Lewis Hamilton and Max Verstappen was around 2.5 seconds in lap 11. Sergio Perez was chasing Lando Norris for one point of P10. The Mexican outbraked the McLaren of Norris in turn 3 and drove of in his much faster Racing Point. 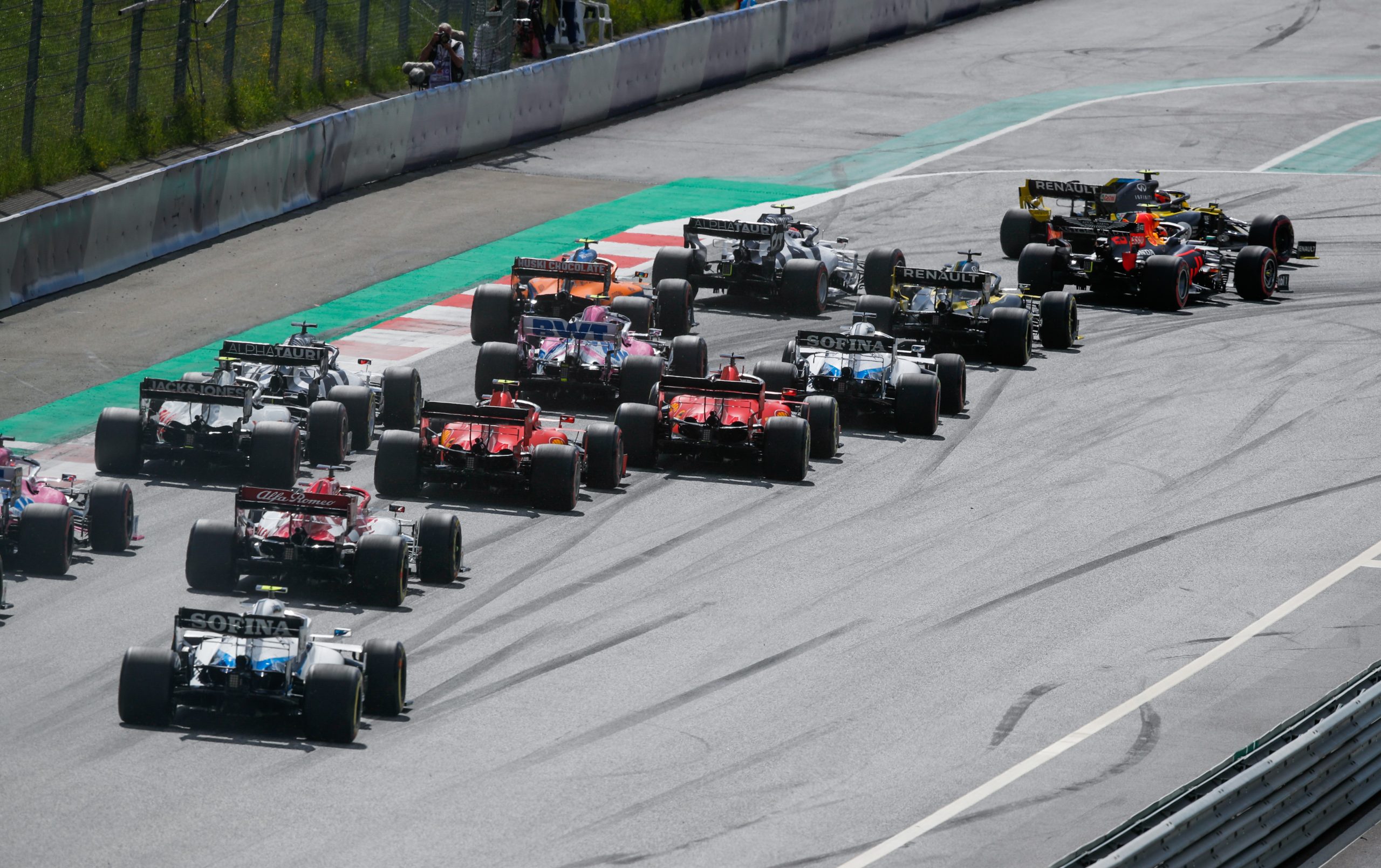 Start of the Race cars going into turn 1

Both Renault drivers also were fighting for position. Daniel Ricciardo had started the race on medium tyres, while is team mate Esteban Ocon was on the softer red tyres. Ricciardo already was already in lap 6 telling his team on the radio he had more pace than Ocon. In lap 19 the Australian driver passed his team mate for P6.

Verstappen was the first to do a pitstop for new medium tyres, the Dutchman pitted in lap 25. One lap later Ocon also drove into the pits, but not for new tyres. He had to retire the Renault race car. Hamilton did his pitstop in lap 28 as leader and also returned to the track in front of verstappen. The Red Bull driver had gained 1 second on the Mercedes now.

Bottas went for new tyres in lap 34. He also switched to mediums. He returned to the track as 3rd in front of Alexander Albon's Red Bull. The Thai driver did his pitstop for mediums one lap later.