Up until just a few months ago George Russell had never tried sim racing and didn't even own a rig setup, but on Sunday evening he proved he is the new master of the art by wrapping up his fourth consecutive victory in the F1 Esports Virtual Grand Prix series.

The Williams driver had taken wins in the Monaco, Spanish and Azerbaijan races aver the past few weeks and he followed that hat-trick up with a fourth win on the trot in the Virtual Canadian Grand Prix – the last race in the series before the real F1 season begins in Austria next week.

Russell took pole position with Red Bull's Alex Albon in second place, but when the lights went out the Williams man shot off the line and out into a lead he would never lose as he wrapped up the unofficial F1 Esports championship.

From the very first lap Russell was in control of the race . "It's been great, it's kept us busy, kept us entertained, that's for sure," he said. "And from my side, I put a lot of hard work and effort in and I'm glad I've got some good results to show for it."

Russell eventually finished over six seconds ahead of his nearest challenger Alex Albon in the Red Bull – and in fact so comfortable was Russell's lead, he even offered to slow down in the closing stages to allow Albon to battle him on track, an offer that was swiftly refused by Albon. 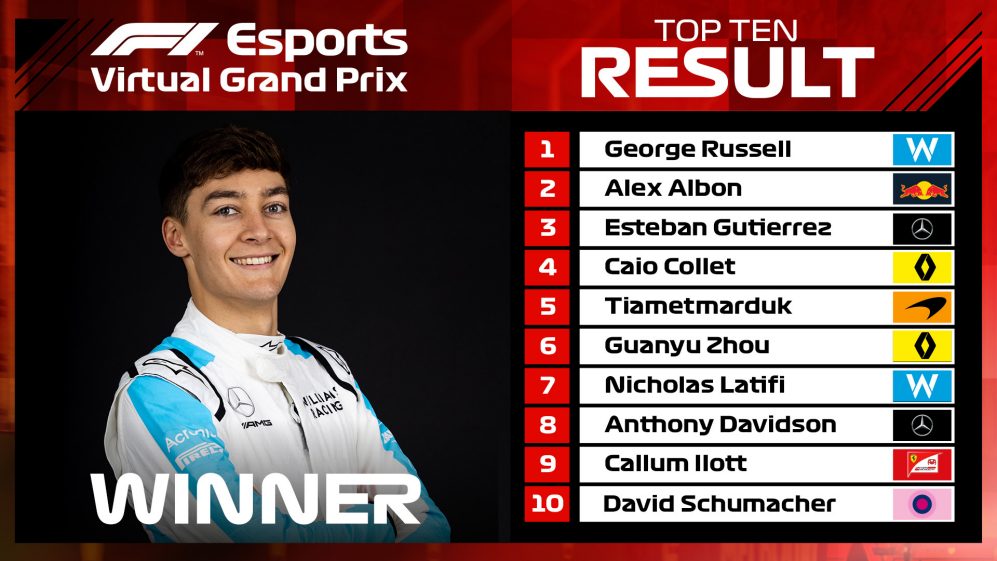 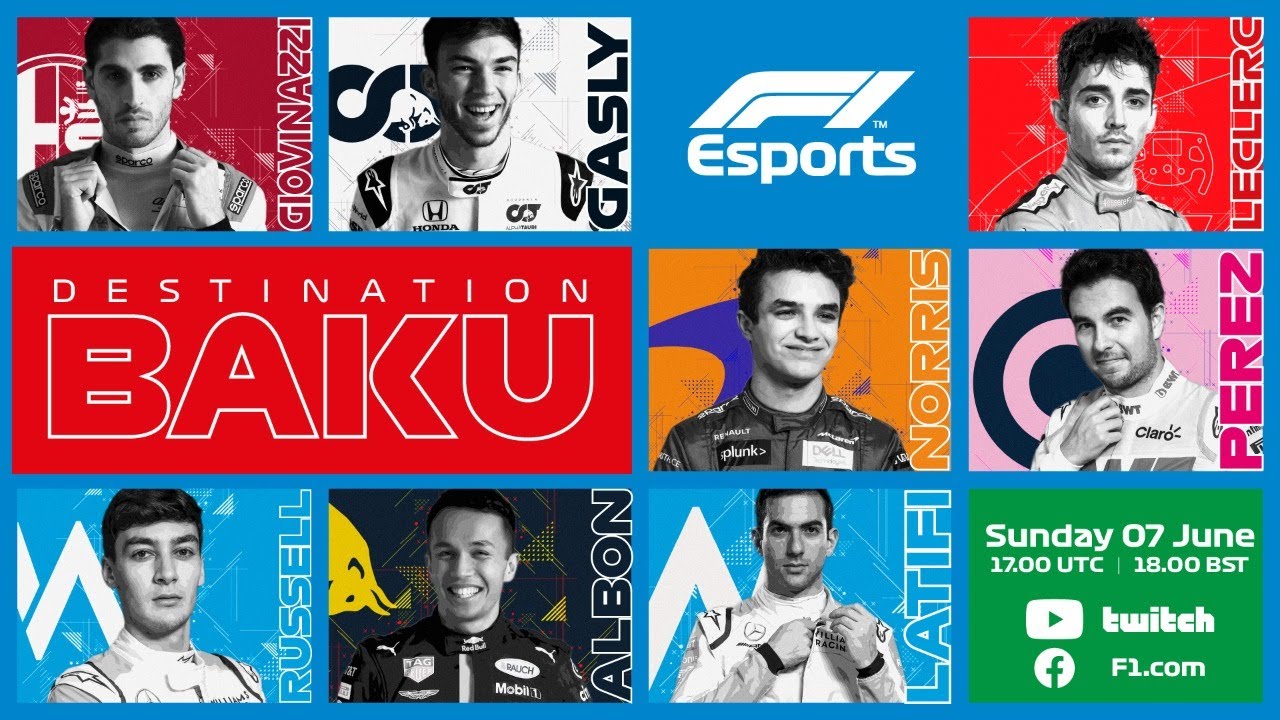 George Russell may be yet to score a Formula 1 World Championship point despite a full season under his belt with Williams, but he is rapidly becoming the king of virtual racing after he sealed his third F1 Esports win in a row on Sunday evening.

The Williams driver came out on top in a thrilling wheel-to-wheel duel with Charles Leclerc in the Virtual Spanish Grand Prix last month and then utterly dominated to win by almost 40 seconds in Monaco two weeks ago.

And this weekend he was once again in imperious form in the Virtual Azerbaijan Grand Prix, snatching pole position from his great friend and rival Alex Albon right at the death of qualifying.

Once the lights went out to start the race there were spins and crashes galore as the field tried to squeeze through turn 1, but Russell and Albon – who started second – were able to get away cleanly and begin to build up a lead.

It soon became clear the battle for the win was between the Williams driver and his Red Bull counterpart, and the two opted for differing tyre strategies as they tried to get the upper hand.

Over team radio Russell was heard telling his race strategist he was worried his tyres could drop off, leaving him a sitting duck for an attack from Albon, but in the end he was able to take the chequered flag more than three seconds ahead of his rival. 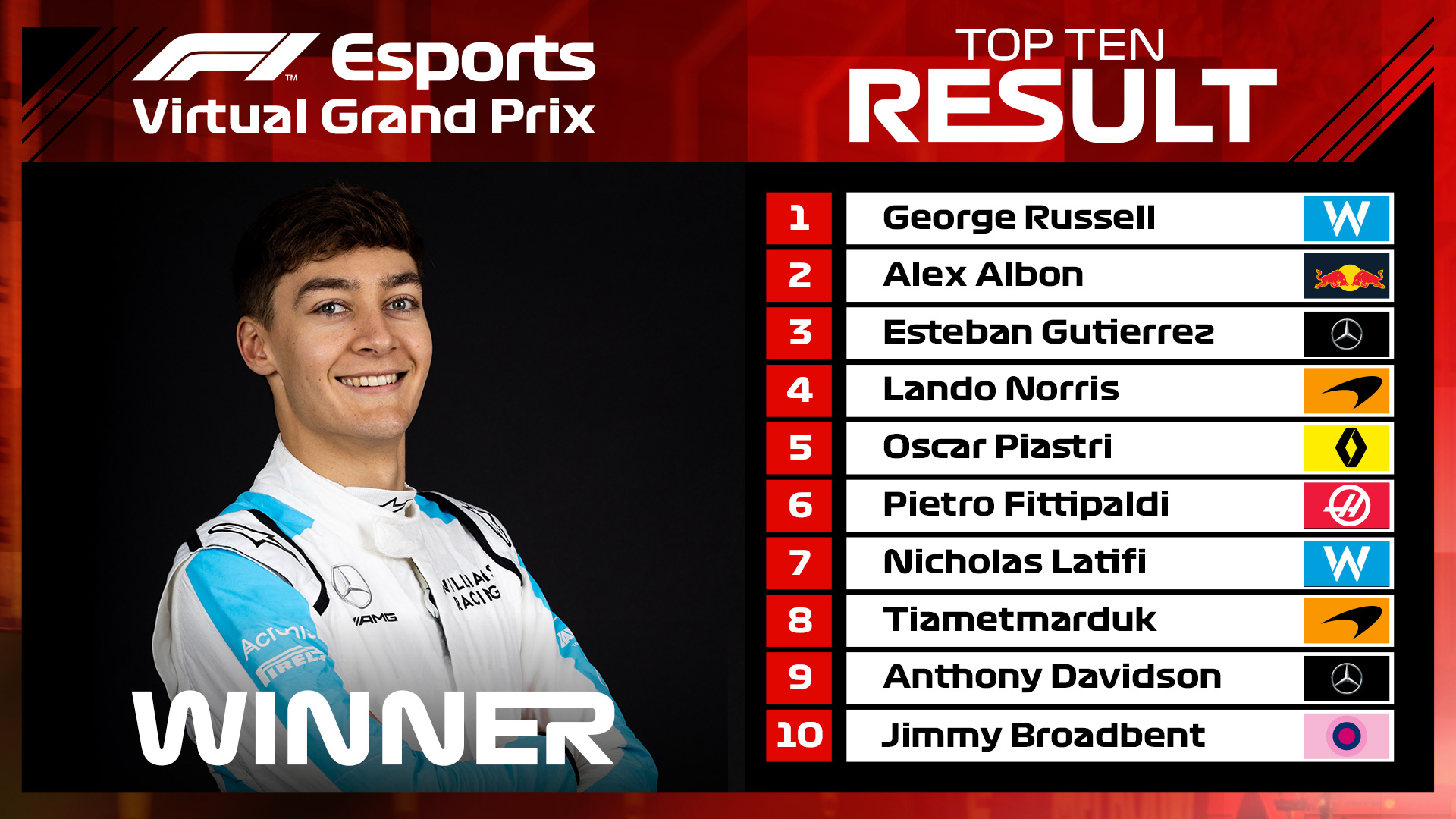 It was another superb win for the Williams driver who has become the dominant force in Virtual Grand Prix racing with this hat-trick of wins on a day when Charles Leclerc – the early pace setter in the series – had a poor race, eventually coming home just 14th after a difficult qualifying session and a messy Grand Prix.

And in just seven days' time we will have the final race in the series before the real F1 racing starts, when the drivers hit the Montreal track – in Codemasters' F1 2019 game – for the Virtual Canadian Grand Prix 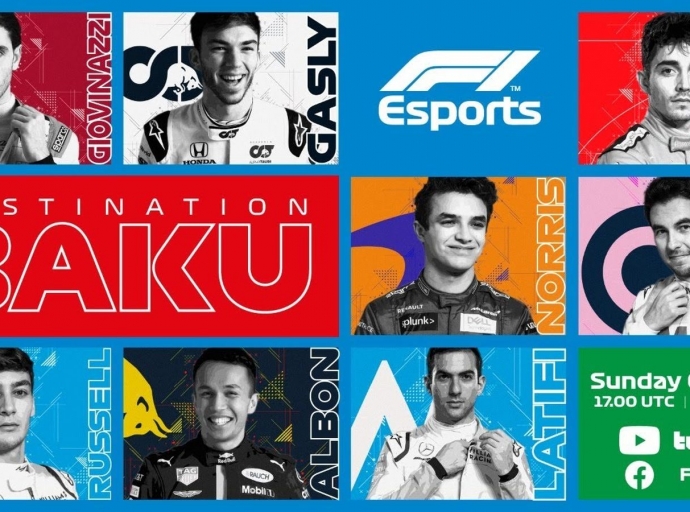 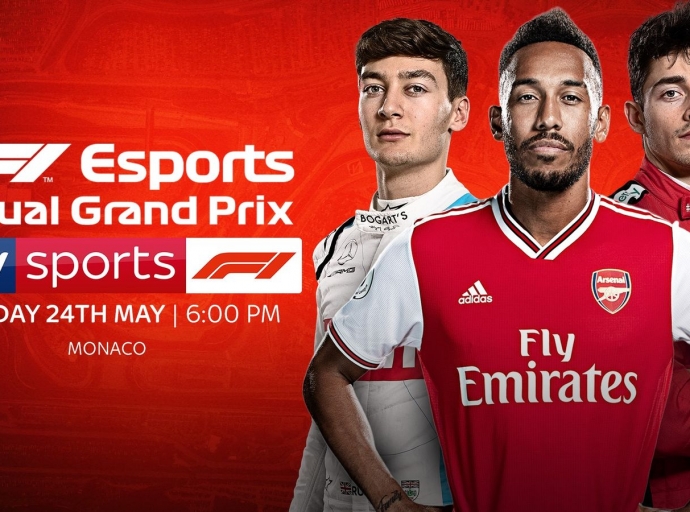 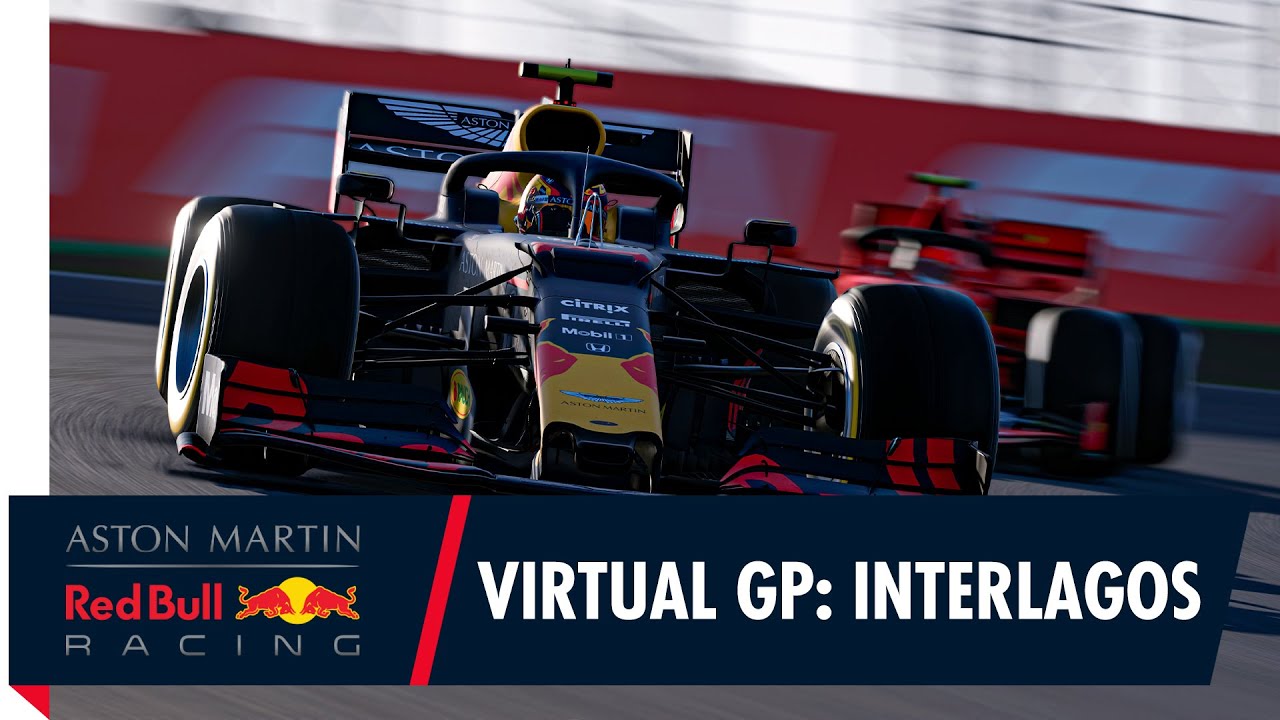 Formula 1 has confirmed five of its current drivers will take part in this weekend’s Virtual Grand Prix, a fall from the seven which entered the previous race.

Charles Leclerc, Alexander Albon, George Russell, Antonio Giovinazzi and Nicholas Latifi will take part in the event. Neither of McLaren driver, Lando Norris and Carlos Sainz Jnr, have been confirmed in the line-up.

Norris entered all three previous rounds but apparent internet connection problems limited his ability to participate and he did not drive at all in the last round. However we has able to take part in last weekend’s IndyCar iRacing Challenge on the Cir cuit of the Americas, which he won.

Sainz made his Virtual Grand Prix series debut at the last race and finished 10th after crashing on the first lap.

This weekend’s race will take place on Sunday May 3rd, when the Dutch Grand Prix was originally scheduled to take place. As the revised Zandvoort circuit does not feature in F1 2019, which the virtual grands prix are held on, the venue for this weekend’s race was chosen via a poll of fans. Interlagos was selected over Suzuka, Autodromo Hermanos Rodriguez and Circuit of the Americas. 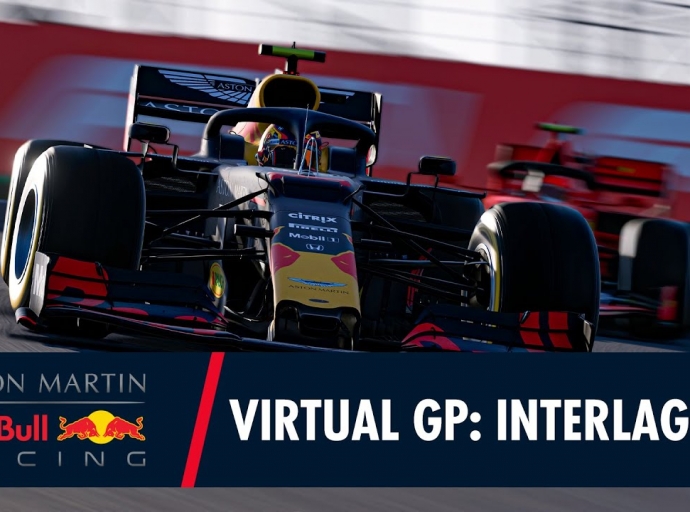 Many of us dream of an eSports career or even a simple platform to demonstrate and test out skills. However, the entry barrier into the glamorous world of Esports has always been so high. 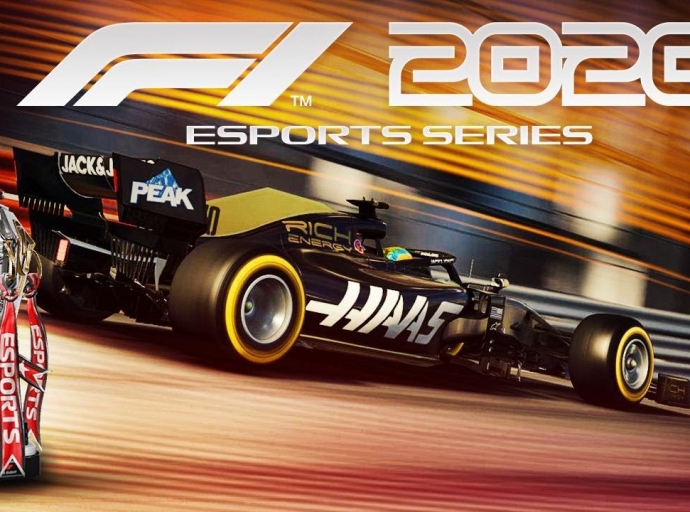 Becoming a professional racing driver is a fascinating idea for many motorsports fan. But as a matter of fact, this dream is definitely very expensive. First thing first, you have to own a racing car at least. 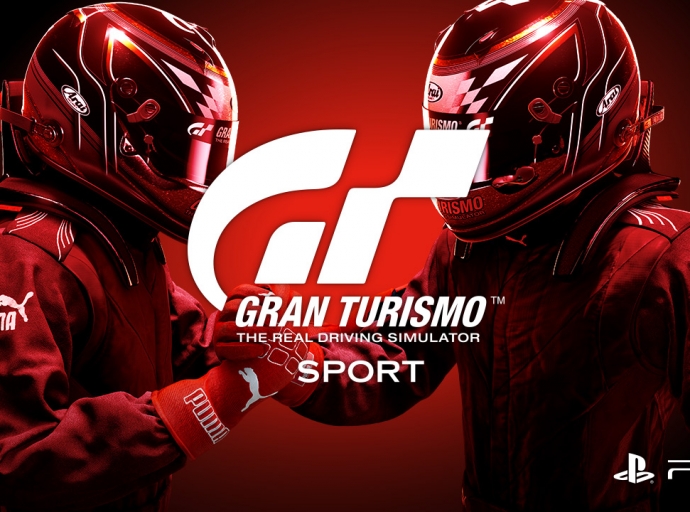